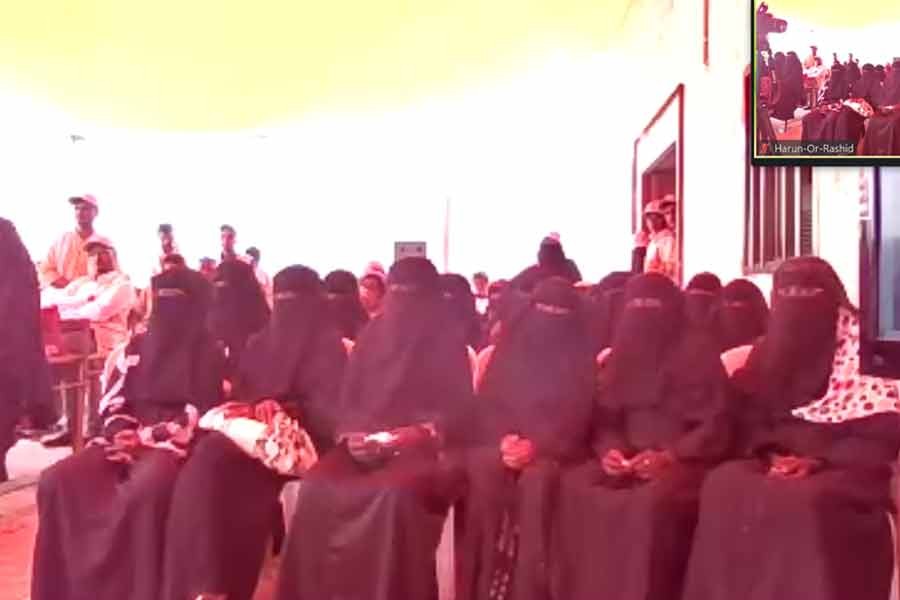 The first loan disbursement ceremony of Grameen Yemen Foundation (GYF) was held at Az Zuhrah branch, the first Microcredit Branch of Grameen Yemen in the Al Hudaydah Governorate of Yemen on Sunday.

Finance Minister of Yemen Rashid Abo Lohom and many local and international public figures attended the ceremony via Zoom. All MDs of Grameen Companies as well as teams of Grameen Trust and Yunus Centre also joined the virtual ceremony.

Three fourth of the population of Yemen are under the poverty line. Majority of the Yemeni people are dependant on individual or institutional charity.

Mr. Mohamed Swaid, a great philanthropist and prominent business person of Yemen, founded Grameen Yemen Foundation in collaboration with Grameen Trust to make the ultra-poor self-reliant as well as to develop their socioeconomic condition,

Despite the civil war in the country and now Corona pandemic spreading everywhere Grameen Yemen succeeded in attracting women to start their own micro businesses with Grameen loans.

Local staff and borrowers were trained by GT staff to get them prepared for this unfamiliar undertaking. Grameen Yemen will be an all-women programme.