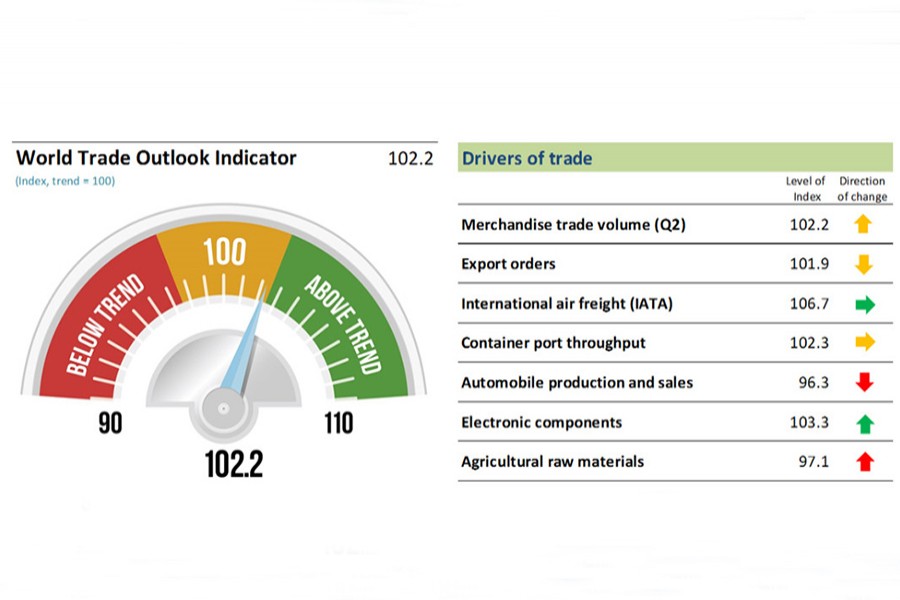 The latest World Trade Outlook Indicator (WTOI), unveiled by the World Trade Organisation (WTO), indicates that the growth of the global trade in goods may moderate in the fourth quarter (Q4) of 2017.

The reading of the indicator now stands at 102.2 signalling continued trade expansion in terms of volume, according to a press statement of the organisation.

The indicator also shows that the pace of growth should be slower than earlier in the year, when trade recorded strong increases.

“The latest reading of the WTOI is slightly lower than that issued in August - a value of 102.6 - which pointed to a continuing recovery of trade in the second and third quarters,” said the press statement.

“This was confirmed by actual trade developments, as trade growth remained strong in the second quarter,” it added.

WTO also said that in the third quarter, a comparable index of world merchandise trade volumes is in line with the indicator, signalling stable trade growth for the period.

The WTOI is designed to provide “real time” information on the trajectory of world trade relative to recent trends.