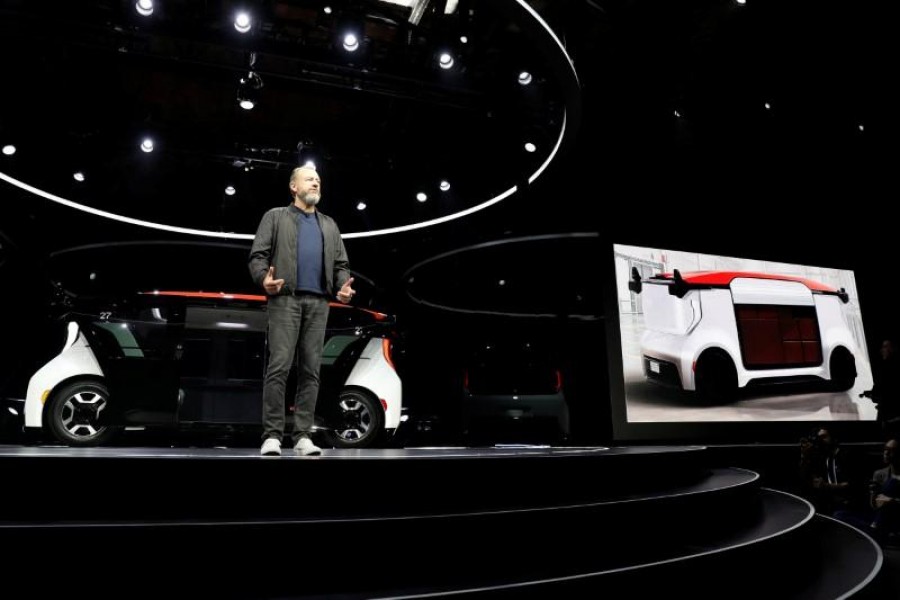 Cruise, the self-driving car start-up, majority owned by General Motors, has unveiled its first vehicle designed to be driverless.

The electric-powered Cruise Origin was developed by Honda, which also has a stake in the company.

The launch of the vehicle, which has no steering wheel or pedals, had been delayed from last year.

Cruise said it was designed for shared ownership: "It's not a product you buy, it's an experience you share."

Chief executive Dan Ammann wants drivers to move away from individual ownership to a sharing model, to help reduce emissions, accidents and congestion.

Speaking at the launch in San Francisco, he also said the Cruise Origin was not a concept vehicle: "It is self-driven. It is all electric. It is shared. It is a production vehicle."

This is not Cruise's first foray into driverless cars. For years it has been testing modified Chevrolet Bolt electric cars with test drivers at the wheel, reports the BBC.

The Cruise Origin faced unexpected technical challenges due to difficulties in identifying whether objects were in motion.

Honda took a 5.7 per cent stake in Cruise for $2.75 billion (£2.1bn) in 2018. As part of that deal General Motors announced plans to develop a self-driving vehicle in October 2018. Japan's SoftBank's Vision Fund has also invested in the company.

Other car makers are in a race to launch self-driving cars using the latest artificial intelligence (AI) technologies although they are being held back by safety concerns and regulations. A number of fatalities involving autonomous vehicles have led to greater government intervention and calls for more development.

German car maker Volkswagen has been struggling with the development of self-driving cars and has complained about the ''huge complexities that we are facing".