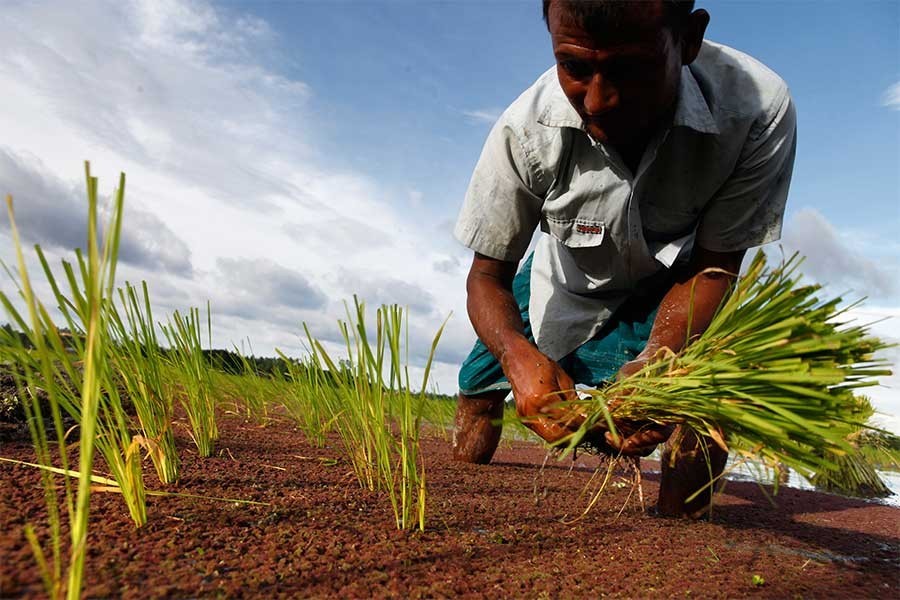 Farm credit disbursement grew by more than 8.0 per cent in the first seven months of the current fiscal year (FY) 2019-20 as the demand for such loan is picking up gradually due to seasonal effects.

Disbursement of agriculture loan rose to Tk 131.04 billion in the July-January period of FY'20 from Tk 121.01 billion in the same period of the previous fiscal, according to the Bangladesh Bank's (BB) latest statistics.

The central bank is persuading the banks continuously to achieve the agriculture loan disbursement target by the end of FY'20, officials said.

"We'll meet senior officials of private banks on February 24 for reviewing the latest situation on agriculture loan disbursement and recovery performances," a senior BB official told the FE on Sunday.

The central bank will also meet senior officials of eight public banks on February 26 on the same grounds, according to the BB official.

At the review meetings, the BB is set to ask the banks to provide credit to the real farmers without harassment, the central banker added.

"We'll also ask the banks to ensure the quality of credit applying their due diligence properly to avoid possible risk factors," the BB official explained.

On the other hand, the recovery of farm loans, however, rose to Tk 135.28 billion during the period under review from Tk 133.05 billion in the same period of the previous fiscal, the BB data showed.

"We expect that the upward trend in agriculture loan disbursement will continue until April 2020," Md. Ali Hossain Prodhania, managing director of Bangladesh Krishi Bank (BKB), told the FE while replying to a query.

He also said the overall agriculture loan disbursement may cross the target by the end of this fiscal.

Meanwhile, all scheduled banks have achieved 54.32 per cent of their FY'20 agricultural loan disbursement target, fixed at Tk 241.24 billion.