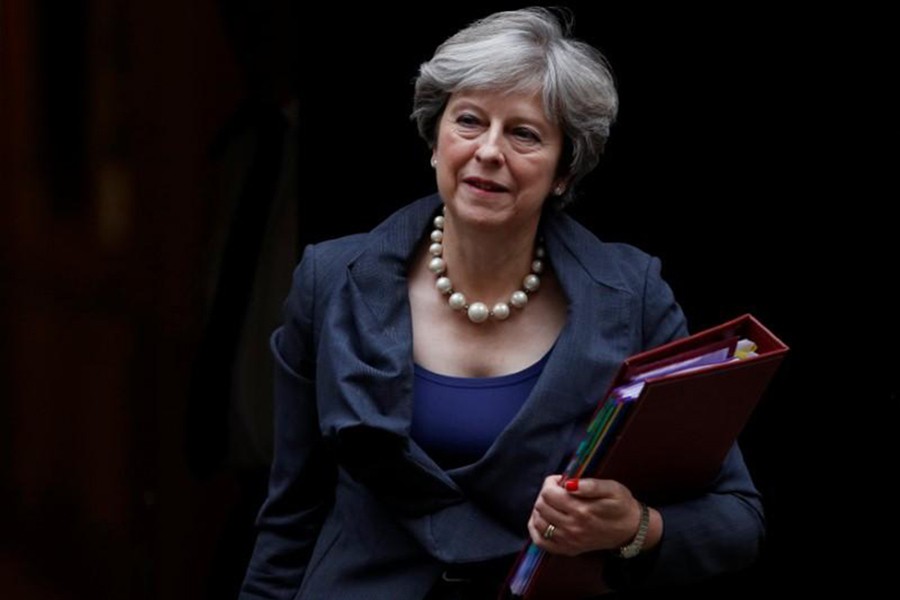 European Union leaders agreed to start preparing for trade talks with the United Kingdom, as Theresa May admits there is "some way to go" in negotiations.

As expected, her 27 EU counterparts agreed at a Brussels summit that not enough progress had been made on other issues to begin formal trade talks now.

But by starting internal talks, they are paving the way for them to begin, possibly in December. May declined to say what the UK would be prepared to pay to leave, reports BBC.

The so-called divorce bill is a major sticking point in talks with the EU and May would only say that she had already given a "firm commitment" on Britain's financial obligations.

She said the "final settlement" would come as part of a "final agreement" with the EU.

The prime minister did not name any numbers but refused to deny that she had told other EU leaders the UK could pay "many more billions" than the £20bn she had indicated in her Florence speech last month, which was aimed at breaking the Brexit talks deadlock.

"I have said that nobody need be concerned for the current budget plan, that they would have to either pay in more or receive less as a result of the UK leaving and that we will honour the commitments that we have made during our membership."

But she said those commitments were being analysed "line by line" adding: "British taxpayer wouldn't expect its government to do anything else."

She said the two sides were within "touching distance" of a deal on other issues - particularly on citizens' rights.

She added: "I am ambitious and positive for Britain's future and for these negotiations but I know we still have some way to go."