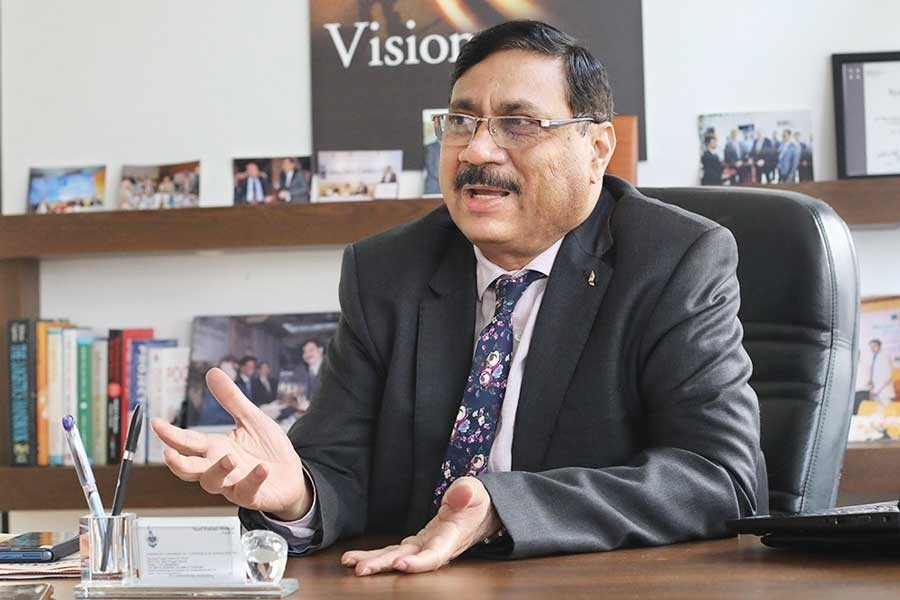 In an interview with the FE, he also stressed the need for proper enforcement of rules related to intellectual property rights (IPR), improvement of governance, and development of human resources for attracting more foreign direct investment (FDI) to the country.

Mr Ahmed said the AmCham, as part of its drive to promote investment and trade, is going to organise the 27th edition of the US Trade Show in Dhaka.

About the investment scenario between the two countries, he said the US is the single largest investor in Bangladesh with investment volume worth US$ 3.5 billion.

"More US companies will invest here, if we can enforce the rules related to IPR. Presently implementation of these rules is almost absent."

In this connection he also pointed out that there is also a dearth of skilled manpower in many sectors.

"We have sufficient manpower, but this manpower should be made skilled and efficient through proper education and training."

He observed that the Bangladesh missions abroad are not showing up to the mark performance in promoting trade and investment.

"Economic diplomacy can play a vital role in promoting our products and fetching investment to the country. But unfortunately, our missions are lagging behind in this arena."

On bilateral trade between Bangladesh and the US, the AmCham president said it has jacked up to $ 9.0 billion last year.

Mentioning the role of Trade and Investment Cooperation Forum Agreement (TICFA) in boosting the bilateral trade, he said when the two countries signed the agreement in 2013 the trade volume was $ 5.0 billion dollar.

The bilateral trade is growing in favour of Bangladesh, which exported products worth $ 6.6 billion, whereas its import from the US was $ 2.3 billion.

The AmCham president said withdrawal of the US Generalised System of Preferences (GSP) facility has not affected Bangladesh's economy much.

"We need to go to the World Trade Organisation (WTO) forum, if we want to get it back. Our main export is RMG, which was out of purview of the GSP programme. So, the withdrawal has not affected our main export sector."

Moreover, the country is going to be elevated to a middle-income country next year. So, it is better to look forward instead of wasting time on regaining the GSP.

Mr Ahmed, who is also a former president of the Foreign Investors Chamber of Commerce and Industry (FICCI), said Bangladesh needs to concentrate more on diversification of its products.

"Presently, we are in the third position in RMG export to the US with $ 6.5 billion export volume. While China is the top RMG exporting country with $ 24 billion, and Vietnam is the second largest exporter with $ 13 billion. We have the potentials to increase our RMG exports to $ 10-15 billion."

"We need to improve product quality, be more competitive and innovative," he noted while suggesting the measures to promote exports to the US market.

In this connection, he said four seminars will be held on the sidelines of the US Trade Show, which will focus on the ways and means to promote investment and boost bilateral trade.

Mr Ahmed said when the US Trade Show was first held in the country, the bilateral trade volume was in million-dollar level, which has grown to $ 9.0 billion over the years.

This can be an example of contribution of the show to promote trade between the two countries, he added.