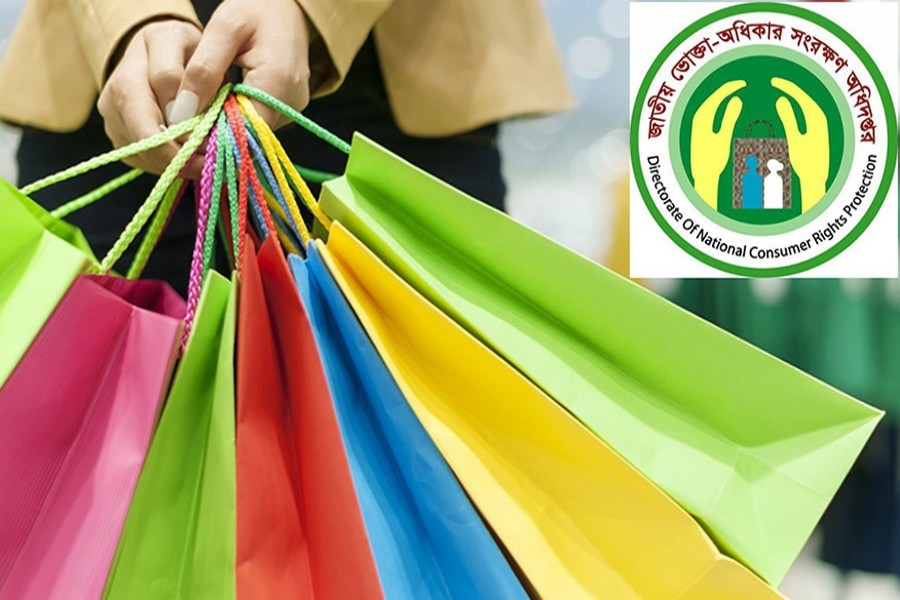 The total amount of compensation received by consumers against their complaints with the Directorate of National Consumer Rights Protection (DNCRP) has crossed Tk 10 million-mark.

Some 5,829 consumers received over Tk 10.17 million during the last one decade after the DNCRP's inception in 2010, official data has revealed.

According to the Consumer Rights Protection Act 2009, a complainant must receive one-fourth share of the amount, realised as fine from convicted trader.

According to the act, any person, who is generally a consumer or likely to be a consumer, may lodge a written complaint to the DNCRP director general (DG), or any person empowered by him, against any anti-consumer rights practice.

According to its section 76 and sub-section 3, if such allegation is proved to be true after investigation or inquiry, the DNCRP officials may impose fine upon the convicted person.

"If the fine, imposed under sub-section 3 is realised, 25 per cent of the realised fine will immediately be paid to the complainant," it added.

Recently a consumer, named Rakibul Hasan, received Tk 2,500 as his share of the amount, realised as fine from a trader by the DNCRP officials at the ongoing Dhaka International Trade Fair (DITF).

"I purchased a foreign face-wash from a pavilion at DITF, and later discovered that they sold date-expired product to me through deception."

The seller hid the actual date by attaching a separate sticker on the information printed on the face-wash, he added.

Once he perceived the fraud, he took help of the DNCRP, filing a complaint against the trader with evidence.

"After proper investigation, the DNCRP officials fined the trader, and gave me Tk 2,500 as my share," he added.

As per section 51 of the law, the DNCRP fined the trader Tk 10,000 for selling date-expired goods.

Similar to Mr Hasan, many consumers received varied amounts against their allegations, as per the official documents.

The DNCRP DG Bablu Kumar Saha said the scope for availing 25 per cent of the fined amount, in addition to addressing the grievances, motivates the consumers to take the pain of notifying the government watchdog the incidence of rights violation.

"The incentive facility is also helping create awareness among the consumers."

Mr Saha further said the DNCRP is also aware of mala fide intention of some consumers, who want to abuse the opportunity by lodging false allegations against traders.

"We are responsible for protecting interests of both the consumers as well as the traders, who run their businesses with compliance."

Responding to a query, the DNCRP DG said the agency regularly holds meeting with businesses irrespective of their size to create awareness about their duties to ensure consumer rights.

President of the Consumers Association of Bangladesh (CAB) Ghulam Rahman said the existing facility to incentivise the consumers in the law is a unique move.

"We appreciate the government watchdog's role for encouraging the consumers with incentive."

"But many of the consumers in the country are still unaware of their rights, responsibility and existing laws."

He suggested taking proper steps to implement the existing laws in full swing and strengthening the DNCRP's capacity in this regard.