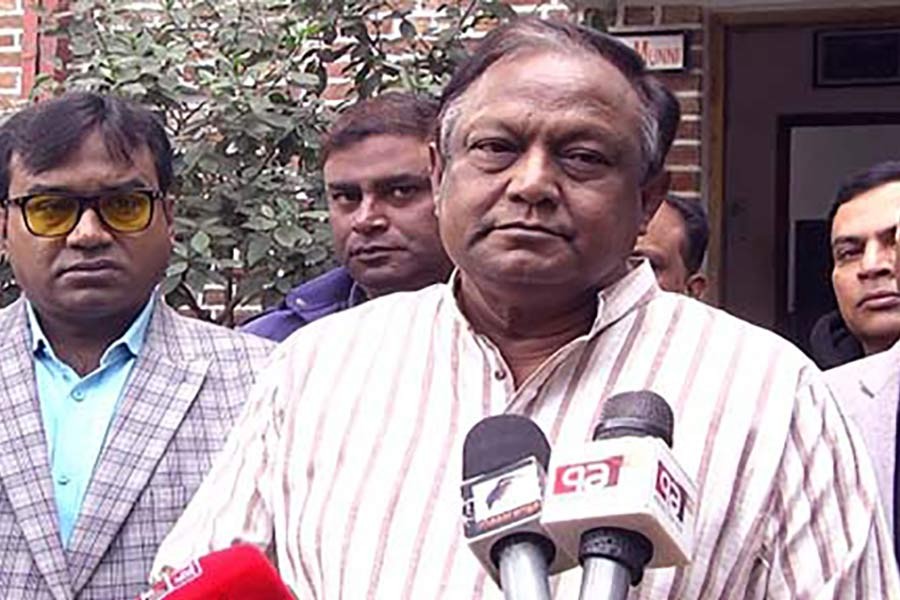 Commerce Minister Tipu Munshi has said the country would not face crisis of essential commodities, including edible oil, sugar and onion, during the holy month of Ramadan.

The minister came up with the expectation while talking to journalists at his Central Road residence in Rangpur on Saturday.

“The Trading Corporation of Bangladesh (TCB) has fixed a target of making a stock of 50,000 tonnes of edible oil during the upcoming holy month of Ramadan, almost 17 times higher against the stock of only 3,000 tonnes during the last Ramadan,” Tipu Munshi said.

"Besides, we have adequate stock of sugar. By this time, huge quantity of newly harvested onions will appear in local markets along with continuation of its import from abroad," he added.

“Considering all these aspects and steps taken there will be no crisis of these essential items during the month of Ramadan,” he hoped.

Talking about India's recent decision to onion export, the minister said onion prices in India were higher at that time than in Bangladesh.

“So, the Indian authority stopped exporting onions to Bangladesh. It is a normal phenomenon. It was better if we should have known the issue in advance. We have learnt a big lesson from the crisis,” he said.

Tipu Munshi said the government as well as the agriculture ministry and other agriculture departments, institutions and organisations have taken initiatives to increase production of onion.

“We are working to ensure fair price of onion to farmers,” he said, adding that negotiations are on between Bangladesh and India at various levels and progress is being made to reduce the huge trade deficit between the two friendly countries.