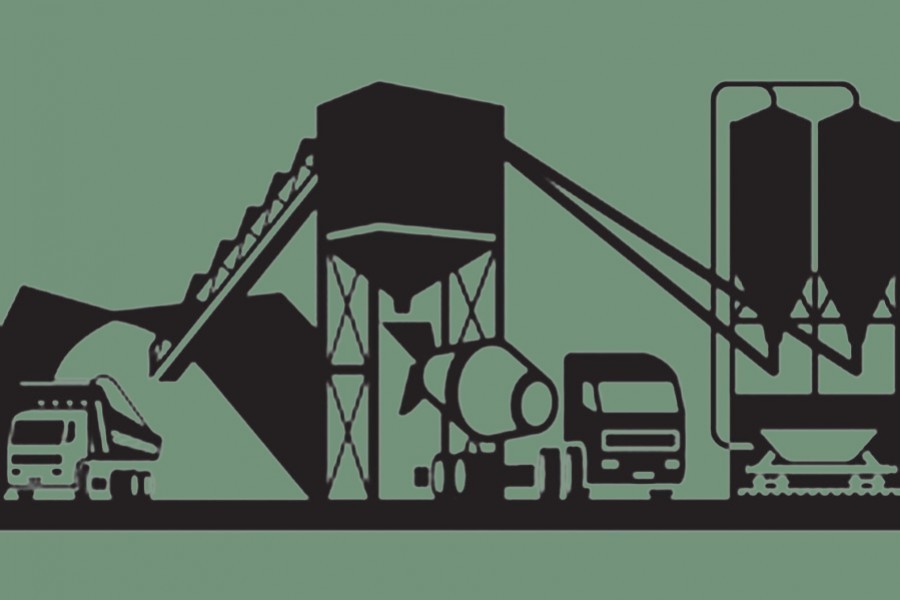 - Representational image of a cement factory

The coronavirus epidemic has started exacting its toll on the implementation of key projects under the ministry of industries, people familiar with the situation said.

They said the construction work of the China-backed projects has come to an almost halt as the authorities have restricted the arrival of Chinese citizens.

The unpleasant development has deepened fear among the officials and project implementers about the timely completion of the projects worth billions of dollars under the ministry.

The projects include Ghorasal-Palash urea fertiliser project involving US$ 1.2 billion, the renovation of decades-old Chhatak cement factory costing US$ 105 million and upgrades of Karnaphuli Paper Mill.

Seeking anonymity, a senior official at the ministry of industries said some major projects are being implemented by Chinese companies.

Since the government has imposed visa curbs on Chinese people in the wake of deadly virus outbreak, the construction work of the projects has remained almost halted.

Project director of the fertiliser plant Rajiour Rahman Mollick admitted the fact, saying that the China National Chemical Construction Co Ltd 7 (CC7) has been assigned to develop land in the project through demolishing the existing structure there.

"But the company people can't visit Bangladesh because of the outbreak. So, we cannot start the initial physical works of the mega factory," he said.

Mr Mollick said they were supposed to start the work from early January, but the outbreak in China forced them to wait further.

"If the situation remains unchanged for the next three or four months, it will be difficult for them to complete the project within the stipulated timeframe," he added.

The state-owned Bangladesh Chemical Industries Corporation, or BCIC, is implementing the project to build a mega urea factory with an annual capacity of 1.0 million tonnes through the merger of old units at Ghorashal and Palash.

Officials at the BCIC said a Nanjing-based C-HOPE Cement Engineering Group is assigned to revive the ailing factory using an environment-friendly, energy-efficient and cost-effective technology.

Also, the China National Machinery Import and Export Corporation has been assigned to conduct a feasibility study for building a modern paper mill there.

The death toll from China's virus epidemic neared 1,400 on Friday while it sickened nearly 64,000 people in China.

As the outbreak turned severe, the government early this month postponed the visa on arrival facility for Chinese citizens for an indefinite period to prevent the virus from spreading in Bangladesh.

The Chinese citizens working in Bangladesh have been instructed not to leave the country for at least one month.

Similarly, the Chinese citizens wishing to visit Bangladesh should apply for visas in the country's embassy in Beijing with detailed medical reports.