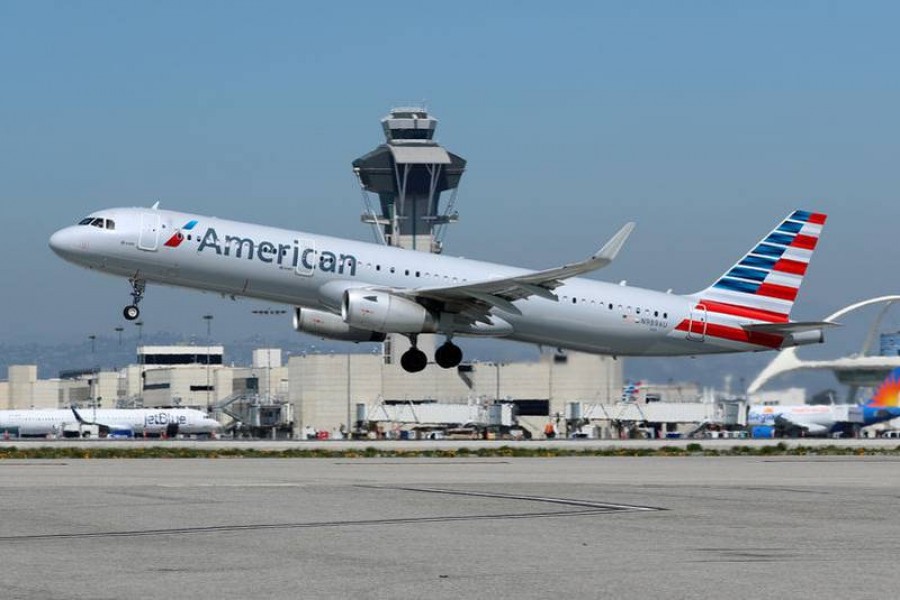 American Airlines has confirmed it will seek $12 billion (£9.7 billion) of financial support from the US government because of the impact of coronavirus.

Employees were told in an email this "would allow us to fly through even the worst of potential future scenarios".

It said it would mean "no involuntary furloughs or cuts in pay rates or benefits for the next six months".

Under the massive $2.2 trillion coronavirus relief bill passed by the US Congress last week, $50 billion was set aside for airlines with half given as grants, reports the BBC.

The other half will be offered as loans in exchange for not furloughing employees until at least 30 September.

American Airlines, the world's biggest by passenger numbers, said it hoped to be back to flying a full schedule by then.

"These funds are being distributed to ensure continuation of essential airline service and protect jobs. We intend to apply for these funds and are confident that, along with our relatively high available cash position, they will allow us to fly through even the worst of potential future scenarios," said the email to staff from chief executive Doug Parker and president Robert Isom.

Global airlines have struggled as countries worldwide have grounded the majority of passenger flights since February as part of efforts to halt the spread of the coronavirus.

Another US airline, Delta, has also offered voluntary leave of absence, and carriers outside the US such as Singapore Airlines have unveiled plans to raise funds by tapping share and debt markets with the backing of sovereign investment fund Temasek Holdings.