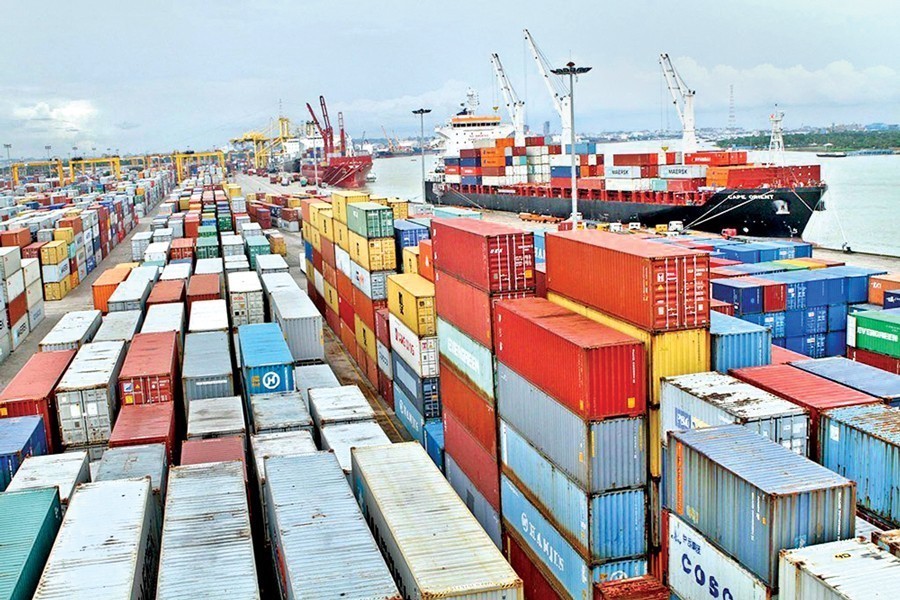 Restrictions on the movement of container carriers, lorries, covered vans and trucks have made the delivery of containers very slow.

So, container overcrowding is likely soon to hamper the overall port activity.

The country's premier seaport can preserve an estimated 50,000-TEU full container load (FCL) containers, but it had 44,926 containers as of Wednesday.

When asked, officials of the Chattogram Port Authority (CPA) said the port can deliver more than 7,000-TEU containers daily.

But the delivery has decreased to 1,000-TEU containers only due to the rapid spread of coronavirus pandemic.

Sources said some 1,905-TEU containers were delivered on Wednesday and 1,708 on Tuesday. So, containers are lying idle in large numbers on port yards.

If the situation does not return to normal within three to four days, the port will face container congestion next week, they added.

As many ready-made garment factories are closed, they are not taking delivery of their imported goods. Even many buying orders from Bangladesh are not delivered.

So, the imported containers are blocking port yards.

CPA secretary Omar Faruk said, "Chattogram port is continuing its operations in line with the coronavirus prevention guideline. But container delivery is slow."

"We've written to the organisations concerned, including BGMEA and BKMEA to take delivery of their containers from Chattogram port," he cited.

"No container congestion on port yards till today as operational activities are still continuing as usual. If importers don't take delivery of the containers soon, we will face congestion."

The CPA has decided to shift some containers to blank spaces within the port area to avoid the spillover of containers, Mr Faruk told the FE.

Off-dock yards are also facing crisis to manage containers. There were 61,500-TEU containers and 9,850 FCL ones with exported goods on Wednesday.

The remaining 42,510 containers were empty.

In the meantime, the Bangladesh Railway eastern zone along with the CPA has increased cargo trains for carrying essentials to other districts of the country.

Presently, six to eight trains are carrying goods and essentials from the port to other districts daily. Only three to four cargo trains were in service earlier.

Sources said the port is in operation 24 hours now for smooth supply chain during the government directive for people to stay at home for coronavirus.

As directed by the National Board of Revenue, he said, Chattogram Customs House is working round the clock.

"Large quantities of essentials are yet to be cleared for lack of virus test."

Mr Alam suggested that the government take prompt action to ensure test of imported goods to stop the spread of the superbug.

Dhaka ICD overloaded due to slow delivery of goods

Lufthansa to resume flights to 20 destinations from mid-June

Coronavirus casts shadow on fresh note sale ahead of Eid