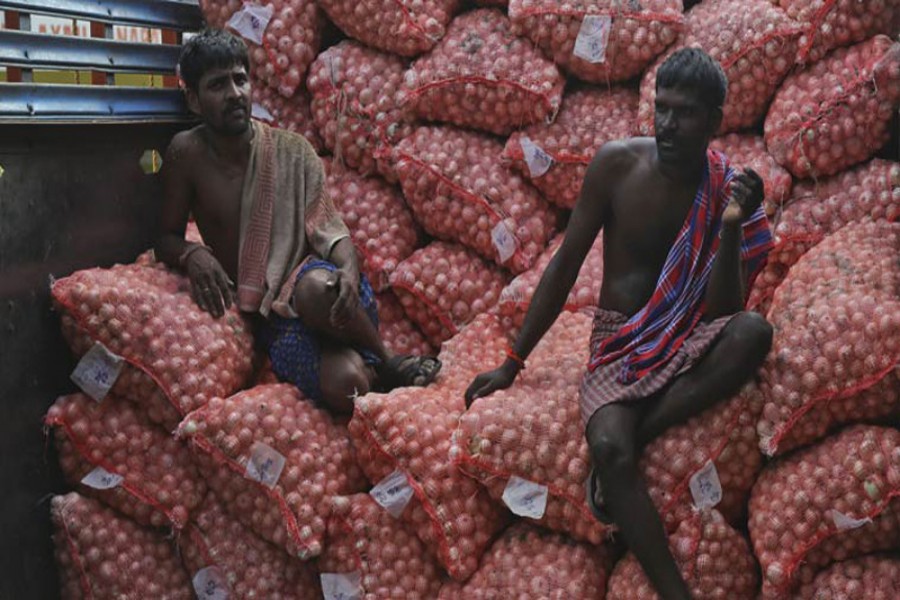 The skyrocketing of onion prices has stopped, but the near-indispensable cooking ingredient in Bangladeshi households is still selling at double the price it was in the same period last year.

On Friday, the local variety of onion was being sold at Tk 70 to 75 per kilogram at Karwan Bazar and other kitchen markets in the capital. It marked a little drop as vegetable sold at Tk 100 per kg a few weeks ago.
According to the Trading Corporation of Bangladesh, the price of this variety of onion was Tk 35 to 40 by the end of the season a year ago.

Traders have claimed the prices rose due to lack of supply by the end of the season, but consumer rights activists disagree.

The Consumers Association of Bangladesh or CAB Vice-President SM Nazer Hossain blamed 'market manipulation' for the hike in onion price.

"The prices never rose this much by the end of the season, and there is no dearth of supply in the country. Then we must assume that there is a big syndicate in the supply chain manipulating the market," he said.
Nazer also said the government was 'full of sympathy towards the traders who were making the most of it''.
"The government needs to make a statement on the issue," he said.

Abdus Sattar, a rice trader in Mirpur, expressed ire, saying the media created an outcry when the rice prices rose, but have remained silent in the case of onion,as per bdnews24.com report.

"There is no lack of supply, then why are the prices rising?" he asked.
Traders said the consumers would have to wait another month for the onion prices to drop after the arrival of the supplies of the new season.