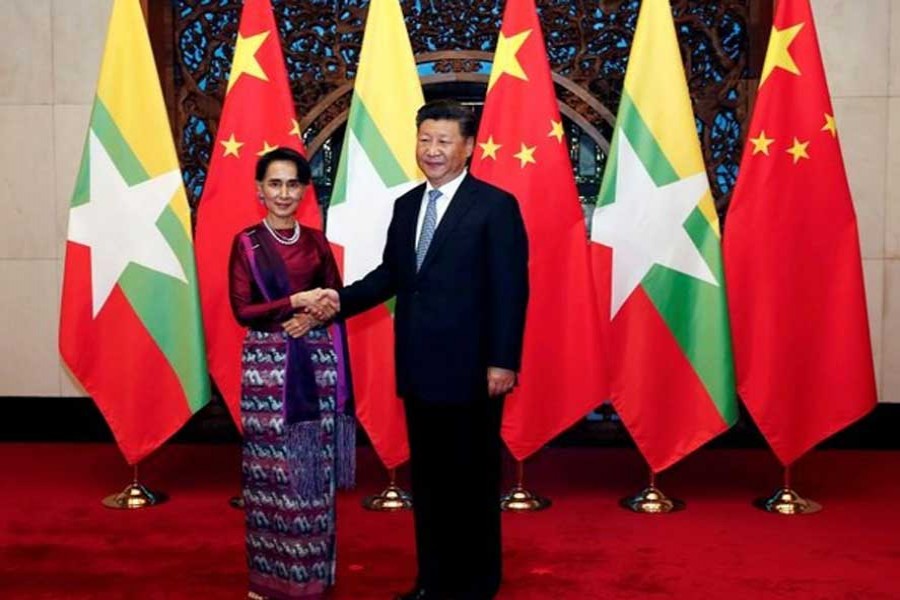 China has agreed take a 70 per cent stake in a strategically important sea port in Myanmar at the lower end of a proposed range amid local concerns about Beijing's growing economic clout in the country, a senior government official said.

Oo Maung, vice chairman of a government-led committee overseeing the project, said Myanmar had pushed for a bigger slice of the roughly $7.2 billion deep sea port, in western Rakhine state, in negotiations with a consortium led by China's CITIC Group.

An agreement was reached in September, he said.

"Locals from Rakhine and communities across Myanmar think that the previous 85/15 per cent agreement is unfair to Myanmar. People disagree with the plan and the government is now trying to make a better deal," he said.

According to a Reuters report, the new proposal has been sent to the office of Myanmar's Vice President Henry Van Thio for approval, Oo Maung said. But the two sides have not yet reached an agreement on financing details, he added, saying further negotiations were needed to move the project forward.

Beijing-based CITIC, China's biggest and oldest financial conglomerate, did not immediately respond to requests for comment.

Yuan Shaobin, executive president of CITIC Myanmar, told the Myanmar Times in an interview published on Monday that the company had agreed to a 30 per cent stake, but also said more negotiations were needed to iron out the financing details.

Reuters in May reported that state-owned CITIC had proposed taking a 70-85 per cent stake in the Kyauk Pyu port, a part of China's ambitious "Belt and Road" infrastructure investment plan to deepen its links with economies throughout Asia and beyond.

China has been pushing for preferential access to the deep sea port of Kyauk Pyu on the Bay of Bengal, an entry point for a Chinese oil and gas pipeline that gives it an alternative route for energy imports from the Middle East that avoids the Malacca Strait, a shipping chokepoint.

The port is part of two projects, which also include an industrial park, to develop a special economic zone in Rakhine. CITIC was awarded the tenders in both initiatives in 2015.

He said under the previous agreement, struck by the former military-backed government of President Thein Sein, Myanmar was responsible for only 15 per cent of the funding.

CITIC has now asked the government to contribute 30 per cent, in proportion to the stake agreed, while Myanmar wants to stick to the original split, he said.

The economic zone faces opposition from activists and residents who criticised the tender process and said the development would have a negative impact on local people.

China says the Kyauk Pyu development is based on "win-win" co-operation between the two countries.

CITIC says it will build a vocational school to provide training for skills needed by companies in the economic zone. It has given $1.5 million to local villages to develop businesses.

A total of 52 Myanmar companies will contribute to half of Myanmar's stake in the Kyauk Pyu port, according to San Myint, general manager of the local consortium Myanmar Kyaukpyu Special Holding Company.

Myanmar's leader, Aung San Suu Kyi, has argued that economic development is the solution to the long-running ethnic tensions in Rakhine state. The port is in the southern part of the state, which has so far not been affected by the violence in northern Rakhine in recent weeks.