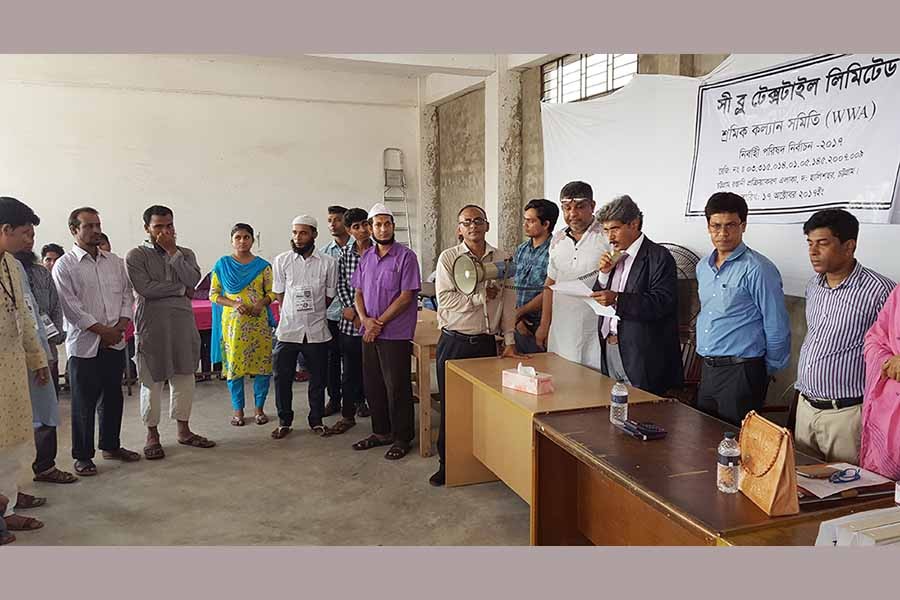 In the election, eligible workers elected 10 members’ executive council for the next three years.

756 workers among 960 workers casted vote in the election, says a press release.

The Executive Council members of WWA are formed to actively perform like trade union in order to fulfil the workers’ demand and solve their problem.

General Manager of CEPZ Md. Khorshid Alam including other high officials of the EPZ and enterprise were present during the election.