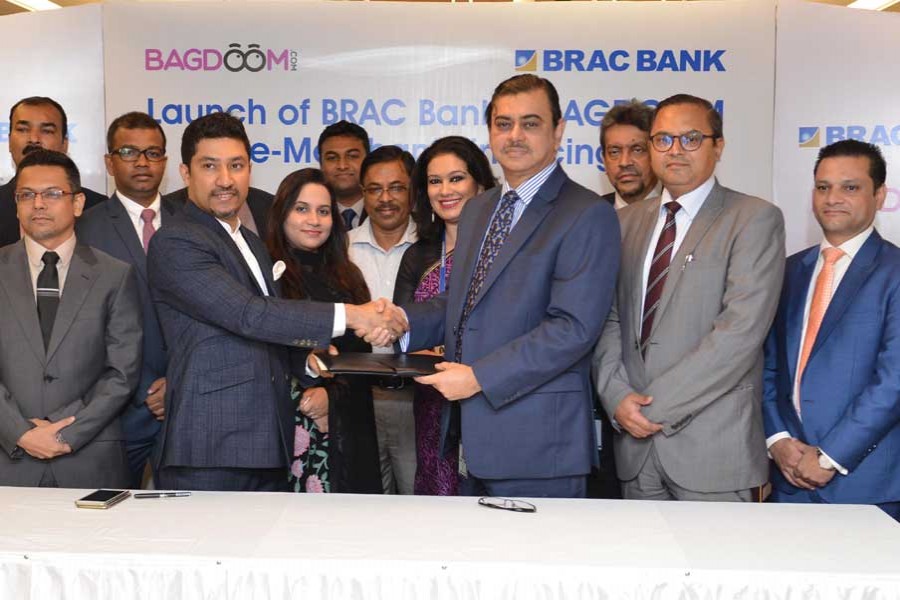 The launching ceremony of ‘eMPOWER’ in progress in the city on Wednesday.

BRAC Bank Limited and lifestyle e-commerce platform Bagdoom.com under an agreement have introduced the country’s first ever SME loan product for the e-commerce entrepreneurs, said a press release.

The product ‘eMPOWER’ was launched at a press conference at the BRAC Bank head office in the city on Wednesday.

Under the agreement, the merchants exclusively associated with Bagdoom.com, can now avail loan facilities with minimum collateral and lowest interest rate from the BRAC Bank.