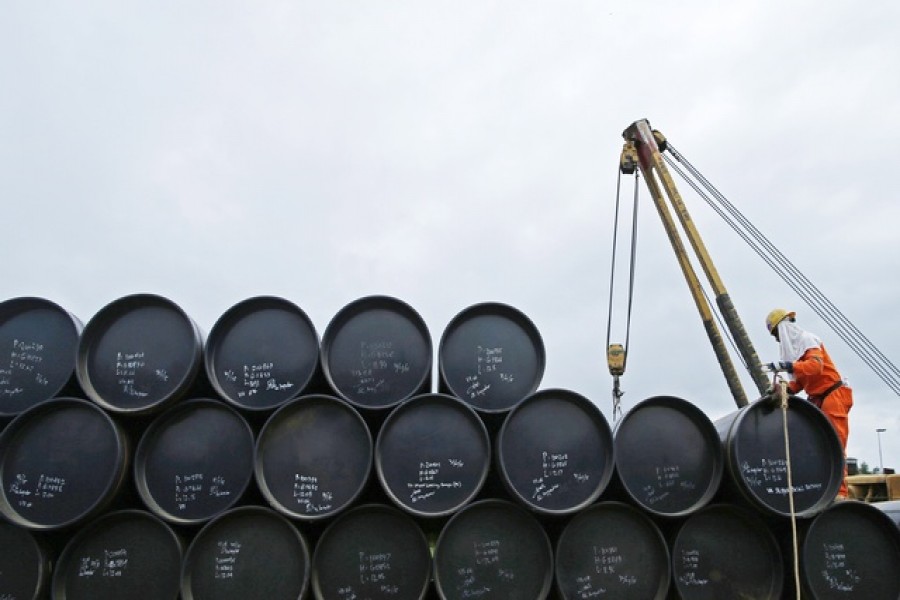 The Bangladesh Petroleum Corporation or BPC made a lot of profit over the past seven years, but the war between Russia and Ukraine is biting into its revenues, bdnews24.com reports.

The BPC drew a profit of almost Tk 470 billion over the financial years 2015 to 2021. The agency also drew good returns in the first quarter of this year but profits declined after Russia invaded Ukraine.

Fuel prices began soaring after the war began. Unrefined oil was sold at $65 per barrel in December last year, but the price leapt to $124 by March. It is now being sold at around $120 each barrel.

BPC’s expenditure, too, has risen to meet the high price point of fuel around the world.

ABM Azad, chairman of the BPC, on Monday said: “We’ve suffered losses of Tk 40 billion from February through to May. You surely can see where our profit slipped to."

The net profit of BPC was Tk 95.59 billion in the fiscal year 2020-21. But until May 8 this fiscal year, it plunged to Tk 12.63 billion, according to the finance ministry’s annual publication Bangladesh Economic Survey.

A BPC official, who declined to be named, said: “BPC will face losses by the end of this financial year.”

The Bangladesh Telecommunication Regulatory Commission or BTRC leads the list of profit-makers this financial year so far with Tk 26.51 billion in gains, followed by the BPC.

According to the survey, the state-run agencies suffered losses of Tk 26.08 billion in the 2012-13 fiscal year but drew straight profits for the next nine years.

The net profit of the state-run agencies as of May 8 stood at Tk 28.67 billion.

But the Bangladesh Power Development Board or BPDB recorded the highest losses during this time as it bled Tk 18.95 billion.

A comparative analysis of profits and losses reveals that the BPC made nearly Tk 9.5 billion in gains over the past 15 years

When the BPC was making profits, different sections of society demanded the prices of fuel be lowered for the interest of the consumers.

But the government paid no heed to these calls and the prices of diesel and kerosene were hiked by Tk 15 in November last year amidst the BPC’s profit.

The corporation accounts that Bangladesh imported 3.06 million tonnes of different types of refined fuel and 870,000 tonnes of unrefined fuel until February this year.

Diesel accounts for more than 73 per cent of the fuel used in Bangladesh. It is used primarily for road and water transportation, agricultural irrigation pumps and several power centres among other fields.

An official of the agency, who asked not to be named, said BPC is selling fuel at a loss of Tk 30-50 per litre after buying at a higher price from the international market.

BPC chief Azad said, “We're buying every litre for Tk 137-140. You can say we're not expecting profits in the next fiscal year.”

Mentioning the prices of diesel now, he said, “It was $174 per barrel on Thursday. If it goes up by even a dollar, we will lose Tk 5 billion.”

This trend is causing losses mainly in diesel and octane sales.

Azad said they have not tabled any proposal on fuel price hike to the government despite the current circumstances.

“We didn’t [propose to raise prices] yet. We’ve provided the government with updates verbally and will take act as per its instructions.”