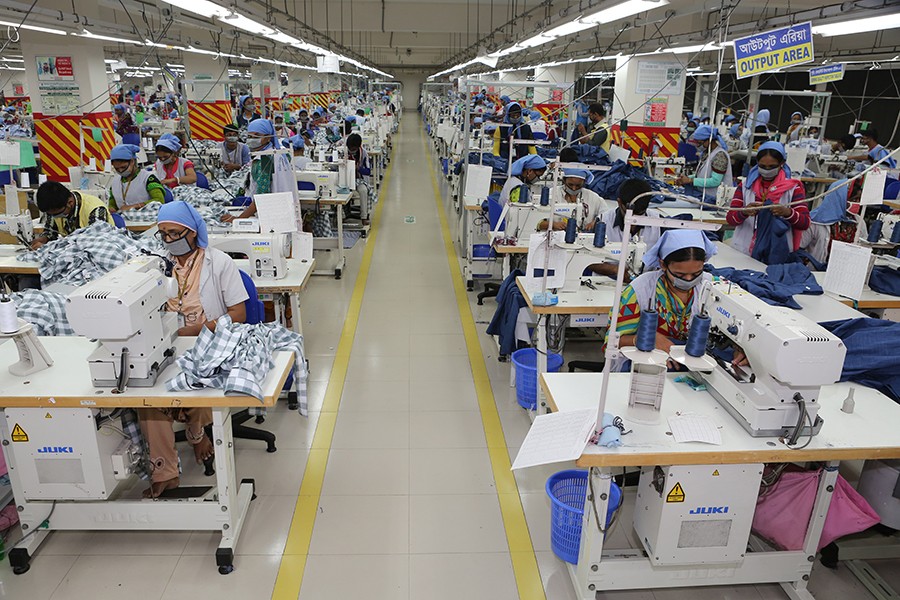 The apex apparel trade body BGMEA has requested the authority concerned for permission of duty-free sale of locally-manufactured readymade garment (RMG) items in the domestic market through foreign brands' outlets in the country, sources have said.

The Bangladesh Garment Manufacturers and Exporters Association (BGMEA) made the plea saying that it would help encourage investments, generate more jobs and thus boost export of the locally-manufactured RMG items, the sources said.

BGMEA President Dr Rubana Huq sent a letter to the National Board of Revenue (NBR) on January 11 seeking its approval for the duty-free sales.

The BGMEA move came after it had received such a request from foreign buyers who already have their outlets in Bangladesh, according to the sources.

The French sporting goods manufacturer and retailer Decathlon recently informed the BGMEA that it could not expand its retail operation in Bangladesh due to the existing tariff structure and the process they follow to comply with the law of the land, people familiar with the process said.

The company is currently exporting locally-manufactured garments to its warehouse in India and then re-imports them for sale in its Dhaka outlet and at its online shop.

Decathlon has to pay up to 130 per cent customs duties on many of the garments and shoes they import, even the ones that are made in Bangladesh, they said.

The retailer company can't offer a reasonable price-quality ratio due to this tariff structure and the process, they added.

Decathlon first opened its office here in 2011 and launched retail operation through opening an outlet in July last year. Its production from Bangladesh has been growing 15 to 20 per cent annually, according to its officials.

In 2018, the company shipped 100 million pieces of products to 12 different customs zones from Bangladesh.

In the letter, Ms Huq said that it was noticed that a good number of foreign buyers were looking to open their branded outlets here in the country. "But such plans can't be implemented in the absence of required policy support," she said.

In the absence of policy support and non-availability of branded items, general people cannot buy foreign branded items at a 'rational rate', she said.

As a result, they buy local branded items at a high rate.

Besides, the quality of local branded items is not developing as there is hardly any equal competition, the BGMEA chief has noted in the letter.

According to the existing policy guideline, export-oriented bonded industrial units can sell 20 per cent of their previous fiscal year's export shipments in the domestic market, provided prior approval and payment of duty.

"But foreign buyers, in line with the existing 20 per cent sale provision, are interested to sell their products without any duty in their outlets/showrooms here in the country," Ms Huq said.

Many South Asian countries like India have allowed opening of such foreign brands' outlets/showrooms by global buyers and retailers, she said citing examples. "It would help attract investment and generate employment, if global brands open their own branded shops here," the BGMEA president said.

She requested for allowing foreign buyers to make duty-free partial supply (20 per cent) of locally-manufactured products and sell the items at their own outlets.

The BGMEA also requested the authority concerned to consider the supply as export performance and formulate a guideline in this regard.

When asked, SM Khaled, managing director of export-oriented Snowtex Outwear Ltd, said the move to allow duty-free sale of locally-made items in foreign retailers' outlets might not affect the local brands having high production capacity and they might be able to compete with foreign ones.

But it might have a negative impact on the local brands small in size, he noted.

His company has already set up five retail outlets under the name Sara.

The main aim is to establish retail business both in local and global markets by ensuring own-designed and quality products at affordable prices, he said.

Coronavirus outbreak in BD may worsen in April: PM