Baraka wants to be a major player in BD power sector 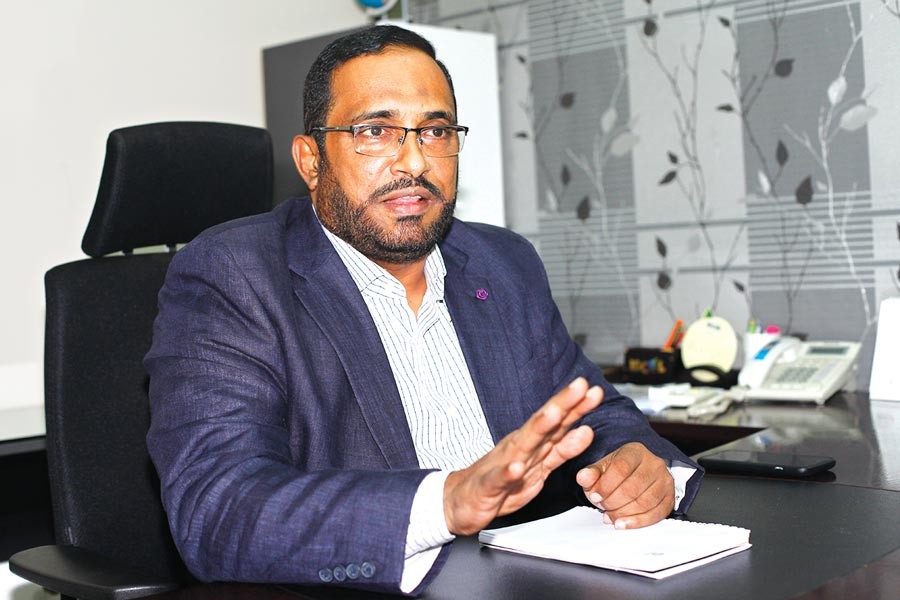 Baraka Power Ltd, a joint collaboration of local and a group of non-resident Bangladeshi (NRB) entrepreneurs, aims to expand its businesses further in power as well as other potential sectors in the country.

"We want to add up more power plants and invest in other potential sectors to keep our businesses growing bigger and ensure a healthy return to our shareholders as well as investors," Managing Director of Baraka Power Ltd Gulam Rabbani Chowdhury told the FE.

He said Baraka is intended to play a big role in the government's target to ensure electricity for all by 2021 by installing more power plants.

Baraka was incorporated as a private limited company on June 26, 2007. It was converted into a Public Limited Company under the Companies Act 1994 on 25 September 2008.

It successfully commissioned its first power plant -- a 51 megawatts (MW) power  plant at Fenchuganj in Sylhet on October 10, 2009 and started commercial operation from 24 October 2009.

Karnaphuli Power Ltd, another subsidiary of Baraka Power Ltd, has already got Letter of Intent (LOI) from state-run Bangladesh Power Development Board (BPDB) in August for implementing a furnace oil-fired independent power producer (IPP) plant having the electricity generation capacity of 110 MW.

The power plant will be implemented on build, own, operate (BOO) basis at Sikalbaha, Chittagong for a period of 15 years from the commercial operation date (COD).

The required COD of the new plant is 15 months from the date of signing agreement.

The company has planned to build another 115 MW capacity furnace-oil fired power plant and a proposal in this connection is awaiting approval of the Power Division under the Ministry of Power, Energy and Mineral Resources (MPEMR), he added.

"We are planning to enlist Baraka Patenga Power Ltd on stock exchange under book building method by 2018. We have already appointed Lanka Bangla Finance to facilitate it," he said.

The Bangladesh Bank (BB) under the World Bank (WB) funded Investment Promotion and Financing Facility (IPFF) has approved the term loan of USD 23.03 million and disbursed USD 19.91 million at interest rate of LIBOR + 3.30 per cent with a repayment period of 12 years in favour of Baraka Patenga Power Ltd.

The fund has been disbursed through United Commercial Bank Limited & Trust Bank Limited. Another fund worth US$ 3.12 million will be disbursed shortly for flue gas desulphurization (FGD) equipment.

This is the first time the BB has financed under IPFF project in US currency, he added.

Baraka is using best quality equipment from world-renowned firms to build its power plants, he said.

"We are also planning to build a LNG (liquefied natural gas) fired power plant and a tank terminal in future," said Mr Rabbani.

"To diversify businesses we have already bought a 100 per cent export-oriented newly-built and compliant readymade garments (RMG) factory at a cost of Tk 300 million," he said.

The company has established an English Medium school named Royal Institute of Smart Education, having affiliation with British Cambridge International School in Sylhet.

Euro Kids, a pre-school having Indian franchise, has also been established there, he added.

"Our aim is to provide quality and uninterrupted electricity at an affordable price to the vast majority of the population for their personal, social economic development," said Rabbani.

Our mission is to become the largest power generating company in the private section by developing more power plants across the country, he added.