Bankers suggest tech use to cover the unbanked

They also call for taking steps to tackle cyber threats 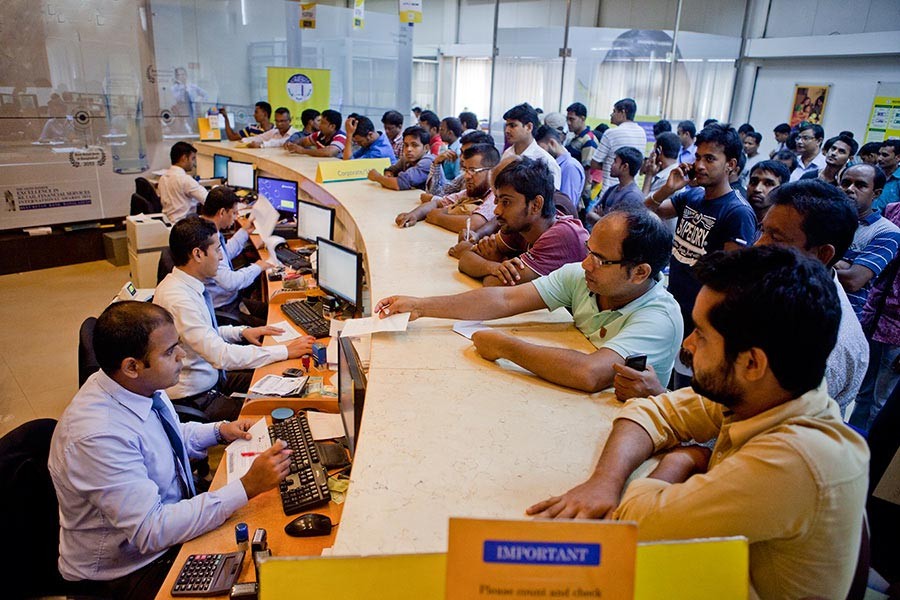 They also urged all the stakeholders to take preparations for tackling cyber threats that would arise due to growing use of internet-based financial services.

The observations came at a plenary session of the Asia-Pacific Conference on 'Financing Inclusive and Sustainable Development' held at a city hotel on Wednesday.

Bangladesh Bank (BB) governor Fazle Kabir presided over the session titled 'Inclusive and Sustainable Finance and the Risks & Opportunities for the Banking Sector'.

Dr. Paul Fisher, Chair of the London Bullion Association and former Executive Director of the Bank of England, made introductory remarks through video presentation.

The Bangladesh Bank (BB), the country's central bank, has taken infinitives since 2010 to bring unbanked people including schoolchildren under the banking network, Mr Kabir said.

"Both finance and planning ministries have already mapped 11 goals along with 13 targets for the country's banking sector," he said while addressing the session.

SDGs include 17 goals and 169 targets that set quantitative and qualitative objectives to end poverty, protect the planet and ensure that all people enjoy peace and prosperity.

Aijth Nivard Cabraal, Senior Economic Advisor to the Prime Minister of Sri Lanka, urged the policymakers to develop the 'south-south cooperation' among neighbouring countries in the region that will help achieve sustainable development goals.

"When western countries receive fund from our region, it is called investments but when their fund comes here, it is called financing," he observed.

Dasho Penjore, governor of the Royal Monetary Authority of Bhutan, said his

country treated happiness as an inspiration of SDGs. "SDGs are development philosophy of Bhutan."

Muhammad A (Rumee) Ali, former deputy governor of the BB, suggested that all the stakeholders including banks, fintech and regulators should work together for formulating a powerful regulatory framework which would be able to ensure inclusivity, sustainability and bring benefits to the community.

"To achieve inclusivity and sustainability goals of SDG, we will have to harness the power of fintech," Mr. Ali, also Chairman of AB Bank Limited, explained.

Fintech is a new technology and innovation that aims to compete with traditional financial methods in the delivery of financial services.

"But it will be different risks and one of the main risks would be cyber security," he noted.

Arfan Ali, President and Managing Director of Bank Asia Limited, said around 50 per cent of the people have no bank accounts although the government has planned to bring the entire adult population under the banking system.

"Sustainable and inclusive development cannot be ensured unless the unbanked people were brought under the banking system," the senior banker noted.

The agent banking has already worked some miracles in bringing those people under the financial ecosystem as more than 9,300 agent outlets were established in just five years and 80 per cent of them are in the rural areas of Bangladesh, he added.

The International Chamber of Commerce, Bangladesh (ICCB) has organised the three-day conference in collaboration with the government of Bangladesh, the United Nations Economic and Social Commission for Asia and the Pacific (UNESCAP), the Asian Development Bank-Trade Finance Programme (ADB-TFP) and the London Institute of Banking and Finance.