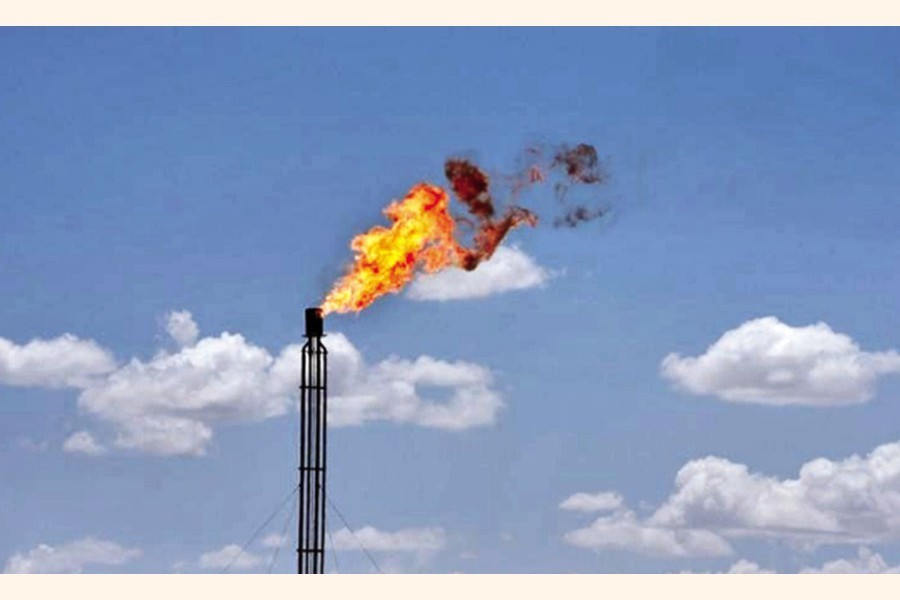 Natural gas production from onshore Bangora gas field, operated by Singapore-based upstream oil and gas company KrisEnergy Ltd, is depleting fast with the output having less than halved to around 52 million cubic feet per day (mmcfd) over the past seven years.

The falling output is aggravating the overall gas crisis and forcing the authorities concerned to import an increased quantity of expensive liquefied natural gas (LNG) to make up for the shortage.

KrisEnergy is one of the two operational international oil companies (IOCs) that are currently producing natural gas in Bangladesh under production sharing contracts (PSCs) with state-run Petrobangla and the government.

Bangora gas field, located around 50 kilometers east of Dhaka under block-9, used to produce as much as 110 mmcfd of gas during March 2015 and since then its output is on the decline by around 10 mmcfd every year, said a senior Petrobangla official.

The field will be totally dry if the current downtrend of gas production continues for over the next five to six years, said officials.

They said inadequate exploration and lack of necessary investment in Bangora gas field are the main causes of the sharp decline in output from the field, they said.

Bangora gas field has currently five producing wells having the total production capacity of 103 mmcfd, which is around 1.70 per cent of the country's overall natural gas output of around 2,368 mmcfd, as on June 12, 2022, according to Petrobangla statistics.

The other operational IOC, Chevron Bangladesh, is producing around 1450 mmcfd of gas, which accounts for around 47 per cent of the country's overall natural gas output.

Sources said the field witnessed less than expected investment due to a row over payment. The company allegedly did not pay an income tax of around US$36.8 million to the National Board of Revenue (NBR).

KrisEnergy became the operator of block-9 after purchasing a 30 per cent working interest in the onshore Bangora gas field from UK-based Tullow Oil at US$ 42.35 million in 2013.

The other partners of the block-9 are Niko Exploration (Block 9) Ltd with a 60 per cent working interest and Bangladesh Petroleum Exploration and Production Company Ltd (Bapex) with 10 per cent stake.

Niko Resources was in talks with Kuwait Foreign Petroleum Exploration Company (Kufpec) to sell its 60 per cent stake in Block 9 several years back, which did not see any headway as Petrobangla tagged that Kufpec should have to take the liability of compensation for the two consecutive gas field blowouts in Chhatak gas field back in 2005, which is now pending with an international court for settlement.

The blowouts took place when Niko Resources was drilling an exploratory well in the Chhatak gas field 18 years back.

The row over payment of $36.8 million is now pending with International Centre for Settlement of Investment Disputes (ICSID) as KrisEnergy brought the case to ICSID, refusing to pay taxes on its income from producing gas during fiscal years 2008-09 to 2012-13.

Bangladesh appointed US-based law firm Foley Hoag LLP to fight for the country in the ICSID.

Separately, ICSID is also set to pronounce verdict over the issues of compensation out of two gas field blowouts in Chhatak gas field.