Security systems in the sector need to be strengthened 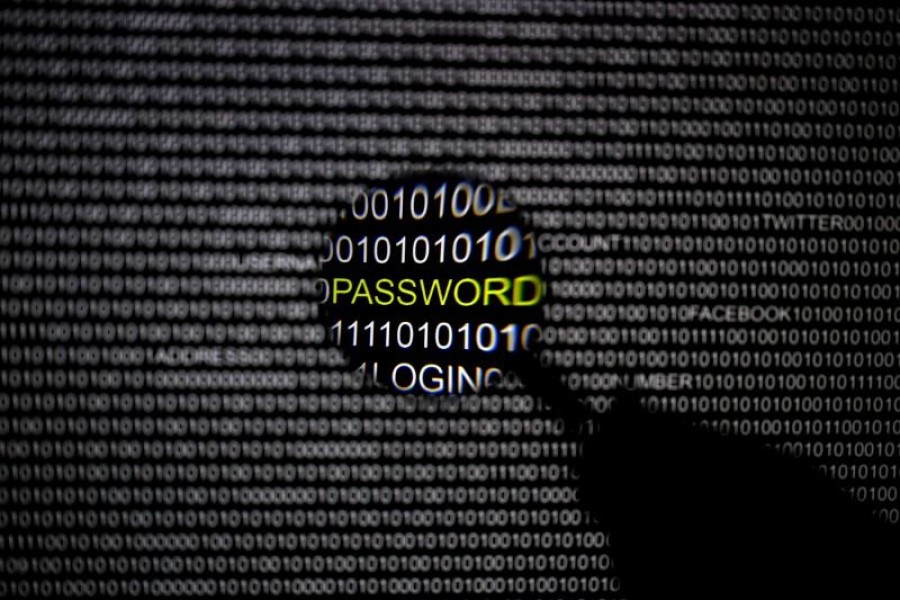 A magnifying glass is held in front of a computer screen in this picture illustration taken in Berlin on May 21, 2013 — Reuters/Files

The banks in the country would be at a grave risk of cyber attacks if they do not strengthen their cybersecurity systems in line with the central bank's guideline, cybersecurity expert Tanvir Hassan Zoha said on Sunday.

As the threat of cyber attacks looms while the world is going cashless to cope with the Covid-19 pandemic, many banks have imposed restrictions on the access to ATM machines, he said.

The cybersecurity expert, however, claimed that there was no existence of the 'said' malware created by the 'Beagle Boys', a hacker group, in the banks' IT network in the country.

"We have checked through our network but did not find the existence of the malware," said Mr Zoha, managing director of the Backdoor Private Limited, at a seminar at the auditorium of Economic Reporters' Forum in the city.

"Then why some banks caused sufferings to customers by restricting the access to ATMs (automated teller machine)?" he posed a question.

Mr Zoha said there was only 'a message of alert' sent by the USA to the country's Computer Incident Response Team (CIRT).

They had just sent an instruction to the central bank and the regulator issued a quick alert out of panic, he added.

"If the banks faced any attack by the malware, they would file a lawsuit. But we didn't hear of any news regarding the filing of such a case," said Mr Zoha.

He said cybercrime is a non-bailable offence as per the country's existing laws. "So, the authority concerned shouldn't hesitate to file a case against the hackers."

Mr Zoha urged the government to be serious about cracking down on local hackers as well.

On September 13, the Bangladesh Bank issued an alert to a probable hacking attempt in the country's ATM network.

M Abul Kalam Azad, chief executive officer of Backdoor Private Limited, said the number of cybersecurity experts in the country has not increased in line with the incidents of cybercrime.

"So, banks need to train their employees and enhance logistics supports for the cybersecurity to safeguard themselves from the cyber attacks."

The organisers of the seminar said the Bangladesh Bank issued a guideline on March 3 in 2016 after the bank's reserve heist, asking the banks to enhance their cybersecurity capabilities.

"But only four banks have SOCs," Mr Zoha said.