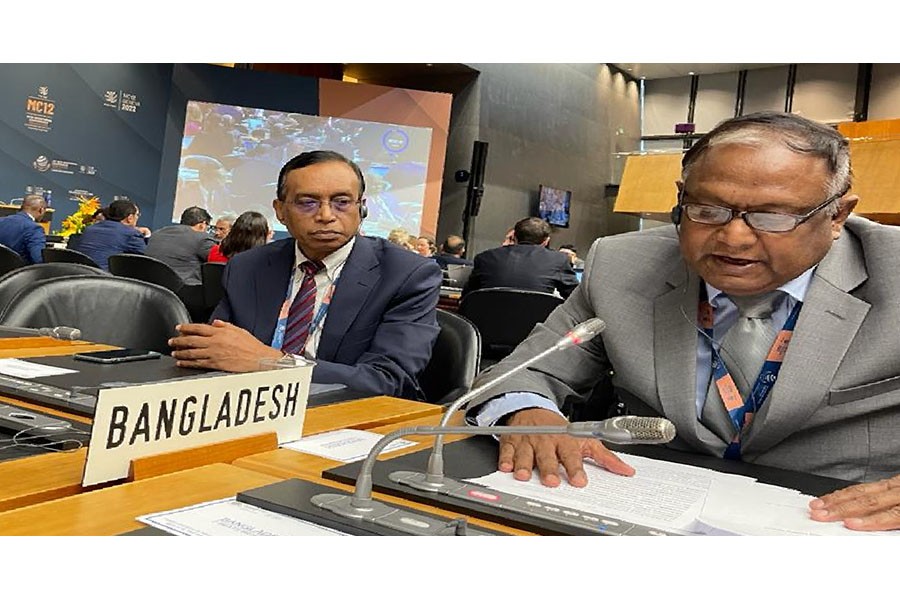 Commerce Minister Tipu Munshi has urged the WTO to impose an embargo so the exporting countries can't abruptly stop export of food grains without prior notice to the importers.

The minister placed Bangladesh's position on the first day of the ministerial-level conference of the World Trade Organization (WTO), the highest policy-making forum in global trade, held at WTO headquarters in Geneva, Switzerland.

Tipu said, "The current situation shows a global food shortage, the food issue has become very important for human survival. It would not be right to suddenly impose an export ban on essential food items."

The importing countries must be alerted so they can take preparation and alternative steps, he said.

The commerce minister said that to minimise the risk of food security, LDC countries need to have the opportunity to stockpile food on a large scale at the government level, reports UNB.

Bangladesh will support WTO reforms, especially in the agriculture sector. Reforms must be inclusive and transparent, where the concerns of each member must be taken into account, he said.

Speaking at a press conference on the first day of the MC-12 summit, WTO Director General Engoji Okonzo Aiwala said the Russia-Ukraine war has made the food crisis a major challenge for the world.

Following the passage of the LDCs, member states have been urged to come to a consensus on other important issues, including the continuation of trade benefits and sudden ban of food grain exports.

Tipu is leading the Bangladesh delegation to the 164-nation WTO meeting.