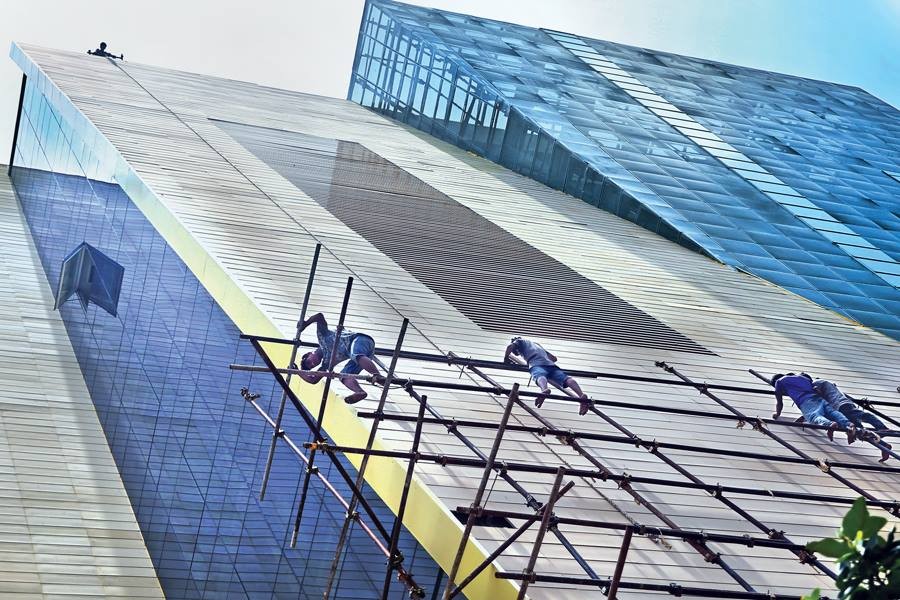 Bangladesh, for the sixth consecutive year since 2017, ranks among top 10 worst countries in the world where labour rights are not guaranteed, according to a global survey.

The Global Rights Index-2022, launched by International Trade Union Confederation (ITUC) on Tuesday, pointed out regressive laws, obstacles to unionism and police violence for the worst situation in Bangladesh.

"[The year] 2022 was marked by the use of extreme police brutality to repress strike actions, notably in Bangladesh and India, where striking workers were killed," reads the survey.

In Bangladesh's garment industry, which employs more than 4.5-million workers, attempts at forming unions were relentlessly obstructed, according to the study.

Even strikes were met with extreme brutality by industrial police who fired live rounds and used batons and tear gas to disperse workers, it says.

Workers were also exposed to mass dismissals and criminal prosecution for exercising their right to peaceful protest, it says, adding that Bangladesh also frustrated establishment of unions with an extremely burdensome registration process.

The ninth edition of the index ranks 148 countries in 1-5 categories against a number of internationally recognised indicators to assess where worker rights are best protected in law and in practice.

The nine-year data trends analysed in the 2022 Global Rights Index exposed attacks on the right to strike and the right to establish and join a trade union as well as on the registration of unions, arbitrary arrests and detentions, and restrictions on access to justice.

Key measures of abuse of worker rights have reached record highs, it says.

About 77 per cent of countries denied workers the right to establish and join a trade union.

Eighty-seven per cent of countries violated the right to strike while four in five countries blocked collective bargaining.

This right is being eroded in the public and private sector in every region.

The ITUC ranked Bangladesh with 34 other nations, including Cambodia, China, India, Pakistan and Thailand, in the fifth category.

The fifth category is a sign of "no guarantee of rights".

"While the legislation may spell out certain rights, workers have effectively no access to these rights and are, therefore, exposed to autocratic regimes and unfair labour practices."

According to the global index, 10 countries, including Palestine, South Sudan, Syria, Yemen and Myanmar, scored even worse at 5+.

This rating is linked to dysfunctional legislation as a result of any internal conflict or military occupation and has equally limited labour rights like the fifth category.

"The 2022 ITUC Global Rights Index exposed how this instability is being exploited with so many governments and employers attacking workers' rights."

"We must expose the wrongdoing to make governments realise they have to rebuild with a new social contract: jobs, wages, rights, social protection, equality and inclusion," Ms Sharan adds.

When asked, Bangladesh Knitwear Manufacturers and Exporters Association executive president Mohammad Hatem terms the report 'bullshit', saying there are records of vandalism and mid-level management beaten by workers. But no factory owners did so.

It is the conspiracy of a group fed by foreign fund as they allegedly inform their foreign counterparts of any incident here before raising the issue to local authorities concerned, including government and owners' organisations.

Mr Hatem, however, says, "I don't believe that rights will be ensured through allowing trade unions only. There is evidence of ensuring rights and other benefits without unions."

A Mirpur factory was closed on Wednesday due to a clash between two unions it has, the trade leader cites.