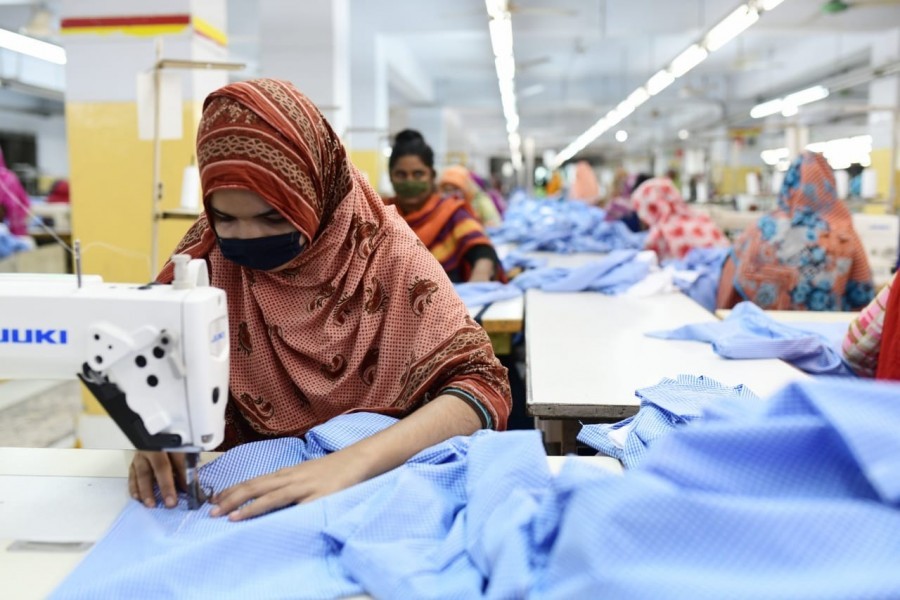 The country's apparel exports to the US maintained a robust growth in terms of both value and volume during the first four months of 2022.

The US imported readymade garment (RMG) items worth US$3.29 billion from Bangladesh during the period from January to April this year, marking a 65.08 per cent growth year-on-year, according to OTEXA, an affiliate of the US Department of Commerce.

Bangladesh had exported apparel worth $1.99 billion to the US during the first four months of 2021.

Despite the Covid-19 pandemic, Bangladesh fetched $7.14 billion from RMG exports to the US in 2021, keeping the market as its single-largest export destination without any duty preference.

The 2021 RMG exports also surpassed those of the pre-pandemic level in 2019, when Bangladesh earned $5.92 billion.

Industry insiders said a high demand for the Bangladeshi RMG products, especially knit items, since the beginning of the Covid-19 pandemic, significant rise in prices of raw materials, and buyers' confidence in the local industry's resilience and compliance have helped the exports grow.

Gradual economic recovery, aided by the Covid-19 vaccination coverage, and shifting orders from China due to the trade war between the US and China have also contributed to the double-digit growth, they added.

However, Bangladesh's main competitors China and Vietnam also witnessed 43.14 per cent and 31.95 per cent growth respectively during the period.

Apparel exports from other major sourcing destinations like India, Pakistan and Cambodia grew by 56.06 per cent, 57.78 per cent and 42.26 per cent respectively.

When asked, Bangladesh Garment Manufacturers and Exporters Association (BGMEA) former vice president Mohammed Nasir, who has direct business to the US, said that they received a plenty of work orders from the foreign buyers, including those of US, since October last.

He said prices of apparel items also increased mainly due to high prices of raw materials and logistics cost though the enhanced prices still remain below the production cost.

He, however, expressed the fear about sustaining the growth in coming months, saying that the rising inflation due to the Russia-Ukraine war might reduce the demand for apparels.