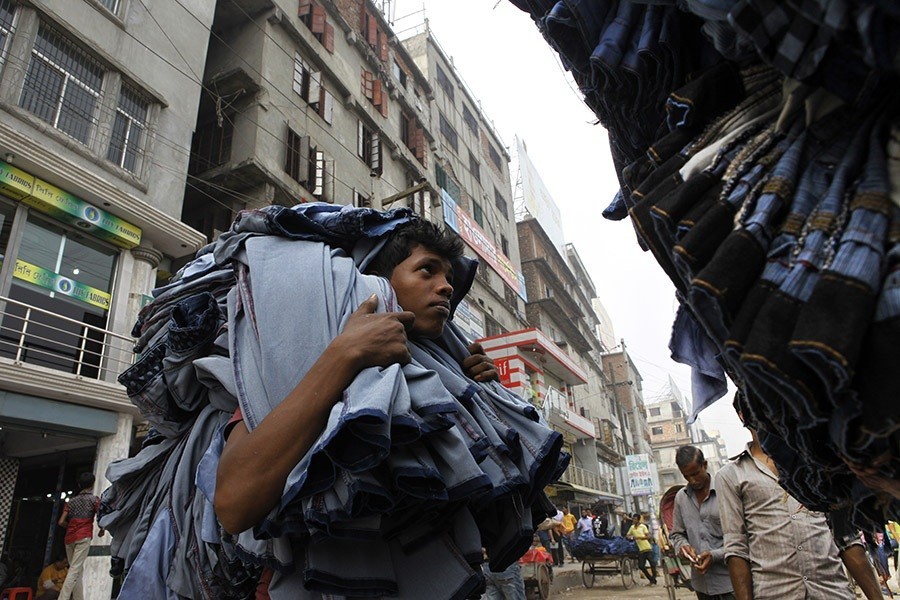 Country's apparel exports to its single-largest destination, USA, continued to register growth during the first 10 months of 2022 and reached the highest-ever level of US$8.46 billion.

It witnessed growth both in terms of value and volume during the January-October period of 2022, according to figures from OTEXA, an affiliate of the US Department of Commerce.

The export earnings were 48.57 per cent higher during the period under review than that of US$5.69 billion registered in the corresponding period of last year. It also surpassed the total US$7.14 billion earnings in the last calendar year (2021).

The overall US import of apparel during the first 10 months from across the world increased by 30.16 per cent to US$87.09 billion, OTEXA data showed.

Industry insiders said a high demand for the local RMG products, especially knit items, since the beginning of the Covid-19 pandemic, significant rise in prices of raw materials, and buyers' confidence in the local industry's resilience and compliance have helped the exports grow since October last year.

But the demands for apparel items have declined in recent months, especially in July and August, due to the economic slowdown and high inflation in major markets, resulting in a huge inventory, they added.

They, however, said orders from global buyers were bouncing back recently, apparently to meet the demand for the upcoming season.

When asked, Bangladesh Garment Manufacturers and Exporters Association (BGMEA) president Faruque Hassan said the performance of the local readymade garment sector in the USA was good considering both the local and global economic situation.

He, however, expressed hope that the earnings from the US would reach $10 billion at the end of this year.

The BGMEA president attributed the increase in export earnings to an apparel diplomacy they have been following until now.

Besides, the high prices of raw materials have raised the unit prices while local makers are producing value added items, contributing to the increased earnings, he explained.

During July and August, some buyers have kept their shipments on hold which were later shipped in October, he added.

Bangladesh also bagged some orders that shifted from China, the BGMEA president said, adding the buyers also showed their confidence in sourcing apparel from the country as the entrepreneurs kept the supply chain activities continuing immediately after the Covid-induced lockdown.

Moreover, the industry has a huge investment in improving workplace and other safety works, he noted.

The OTEXA data also showed that US imports from China in October '22 declined by 29.01 per cent to US$1.60 billion. China exported apparels worth US$2.26 billion in October '21, data showed.

China's overall apparel export to the US during January-October this year, however, grew by about 20.76 per cent to US$19.32 billion.

On the other hand, US apparel imports from Vietnam and India during the period witnessed 32 per cent and 45 per cent growth to US$16.04 billion and US$5.0 billion respectively, according to OTEXA data.

During the period, Cambodia and Indonesia registered 36.90 per cent and 47.57 per cent growth to the US market respectively, data showed.