Akash DTH to get spectrum charge waiver of Tk 111.56m 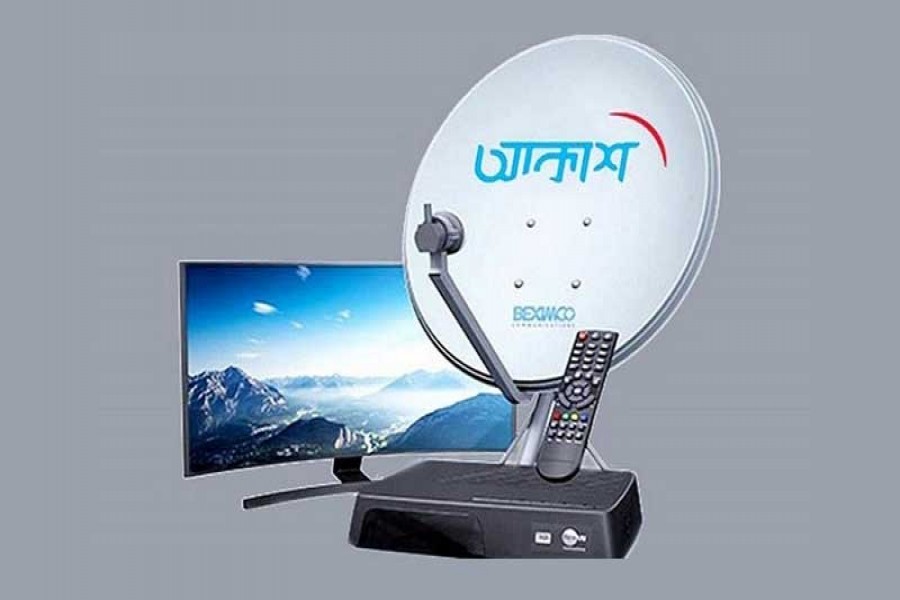 As per the decision, spectrum charge of Bangabandhu Satellite-1 will be completely waived for one year starting from May 29, 2019, official sources said.

A BTRC official, seeking anonymity, confirmed that they had approved the waiver proposal of Beximco Communications Ltd and sent it to the ministry concerned for final approval.

Earlier, a five-member committee led by director general (finance, accounts and revenue) of BTRC reviewed the application of waiver.

A top official of Akash DTH confirmed that they had applied for a waiver and they were confident that BTRC would consider the application.

With only 270,000 subscribers currently, Beximco's satellite service venture Akash is running its operation across the country.

Earlier, Beximco received a 10-month spectrum charge waiver when its DTH channel was being transmitted through Hong Kong-based ABS-Sat.

However, BTRC declined Beximco's application for a 50 per cent spectrum charge waiver for the next five years.

In DTH, TV channels are transmitted from the satellite to a small dish antenna mounted on the window or rooftop of the subscriber's home.

So, the broadcaster directly connects to the user, doing away with middlemen like local cable operators, who tend to offer channels of their preference.

Not only is there a greater selection, the picture and sound quality is better for the DTH viewer since the signal is not split through a cable.

A Beximco official said with only 270,000 subscribers they could not even recoup half of the expenditure.

DTH is still a loss-making venture in Bangladesh, he said.

Earlier in 2016, Beximco had launched the country's first DTH service under the brand name of RealVU in Dhaka, Sylhet and Chittagong divisions.

But RealVU's operations were suspended later due to different challenges.

Akash started to provide its service using the feed of the Bangabandhu Satellite-1 from May, 2019.

The one-time prices of Akash Basic and Regular connections are Tk 3,999 and Tk 4,499 respectively.

In both the connections, more than 120 channels are available with a monthly package subscription of Tk 399 and more than 70 channels with a package of Tk 249.

Akash connections are available at over 8,000 retail outlets throughout the country.

Bills of Runner Motorcycles can now be paid through Nagad