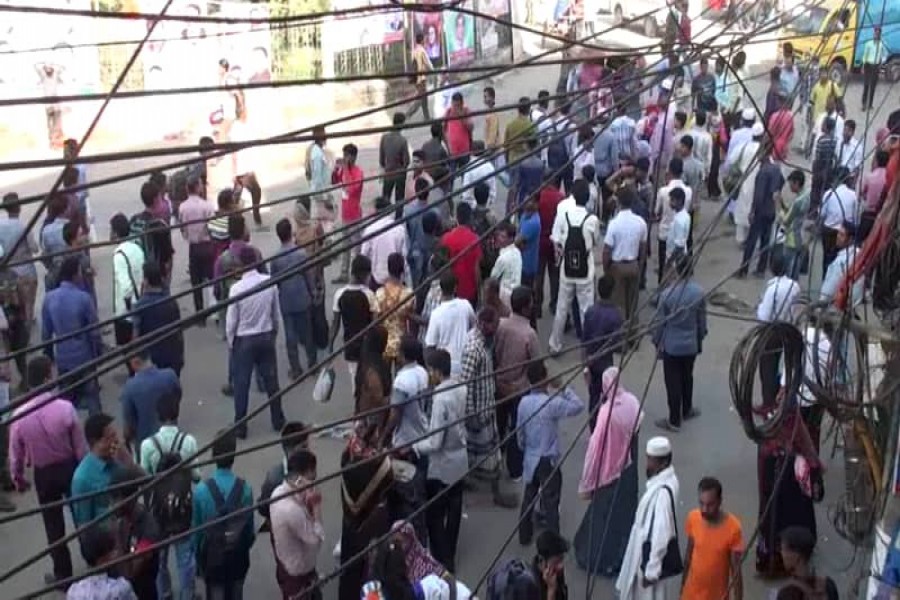 The commuters of Narayanganj district are facing enormous sufferings as a very few public transports were allegedly leaving the district for the capital since Sunday morning ahead of the BNP's rally at Suhrawardy Udyan on Sunday.

Hundreds of commuters, mostly students and working people, were seen waiting for public transports at several bus stoppages to go to the capital city, reports UNB.

Only the buses of Shital Paribahan were plying the roads while all the buses of other Dhaka-bound transport organisations, including Bandhan Paribahan and Utsab Paribahan, stayed off the streets since the morning, alleged many commuters.

Apart from Narayanganj, few public transports left Savar for Dhaka since the morning amid the transport owners’ association’s allegation that they were asked to ‘keep all their transports’ off the streets.
In Gazipur, commuters got stuck at several bus stoppages due to the scarcity of public transports.
Many of the commuters were seen walking to reach their destinations, reports our Gazipur correspondent.
Meanwhile, police arrested 48 leaders and activists of district and upazilas’ unit of BNP and its associate bodies, alleged the party leaders.

Thousands of city dwellers are also reportedly facing sufferings as the presence of public transports on the roads has been very thin since the morning.