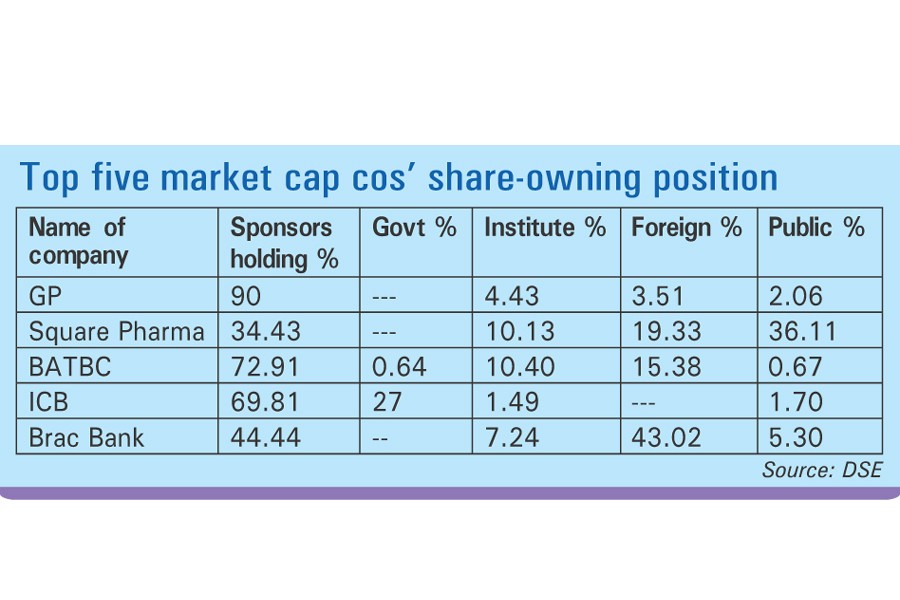 Public float of shares of large-cap listed companies and MNCs should be increased to raise the depth of the market, experts said.

"Free float shares of the existing multinational companies should be increased by at least 15-20 per cent as many of them so far offloaded a marginal portion of shares," Shahidul Islam, chief executive officer of VIPB Asset Management Company, told the FE.

The five companies account for more than 33 per cent of the total market cap of the Dhaka Stock Exchange (DSE). However, the numbers of free-float share volume of these companies are insignificant.

Market experts also emphasised to ensure corporate governance of the existing listed companies so that investors can trust them to put money.

Although the number of listed companies is about 300, only 30 to 40 are genuinely eligible for investment by the investors.

An executive of a merchant bank said, despite repeated instructions by the finance minister, offloading of certain portions of shares of 26 SoEs still remain uncertain since the initiative, taken in 2009.

Besides, a large number of multinational companies (MNCs) and foreign companies were running their businesses in the country. But only a few were listed with the stock exchanges.

Only 13 MNCs operating in the country are listed with the two bourses while only eight SoEs offloaded their shares in the market in an effort since 2009.

"The government should come forward with an effective initiative to enlist state-owned enterprises which will encourage the private sector companies to raise fund from the capital market," AB Mirza Azizul Islam, former adviser to the caretaker government, told the FE on Wednesday.

Mr Azizul said that the biggest and most successful entrepreneurs often do not want to go public as many of them hesitate to comply with the regulatory obligations.