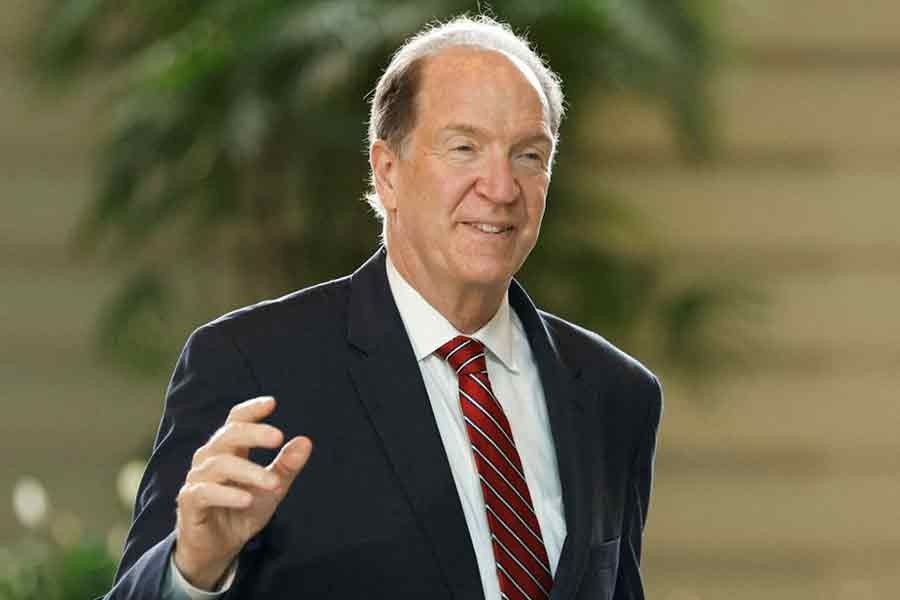 World Bank President David Malpass on Wednesday warned that it could take years for global energy production to diversify away from Russia after its invasion of Ukraine, prolonging the risk of stagflation, or a period of low growth and high inflation.

In a speech at Stanford University, Malpass said there was an increased likelihood of recession in Europe, while China's growth was slowing sharply and US economic output had contracted in the first half of the year, reports Reuters.

Those developments would have grave consequences for developing countries, Malpass said, citing what he called "consequential" and "worsening" challenges facing development.

Malpass said the bank's upcoming "Poverty and Shared Prosperity" report showed that decades of progress in reducing poverty had slowed by 2015, even before the COVID-19 pandemic, which sent an additional 70 million people into extreme poverty.

The report, due out next week, also showed a 4 per cent decline in the global median income, the first decline since the bank began measuring that indicator in 1990, he said.

"A pressing danger for the developing world is that the sharp slowdown in global growth deepens into global recession," he said, noting that many of these countries were still struggling to return to pre-pandemic per capita income levels at a time of heightened climate change risks.

Malpass said it was unclear if there would be enough global capital to meet the needs of advanced economies - which had adopted fiscal policies favoring higher debt levels - and still have enough leftover to fund the investment needs of developing countries.

He urged countries to look for ways to reduce inflation beyond the highly synchronized interest rates hikes now underway, including by increasing fiscal efficiency to target spending more to the poor and vulnerable.

Such adjustments would improve the allocation of global capital, providing a path to reduce inflation while restarting growth in median income, he said.

More funding for education, health preparedness and adaptation to climate change was urgently needed, he said, along with steps to reduce the staggering debt levels burdening many developing countries.