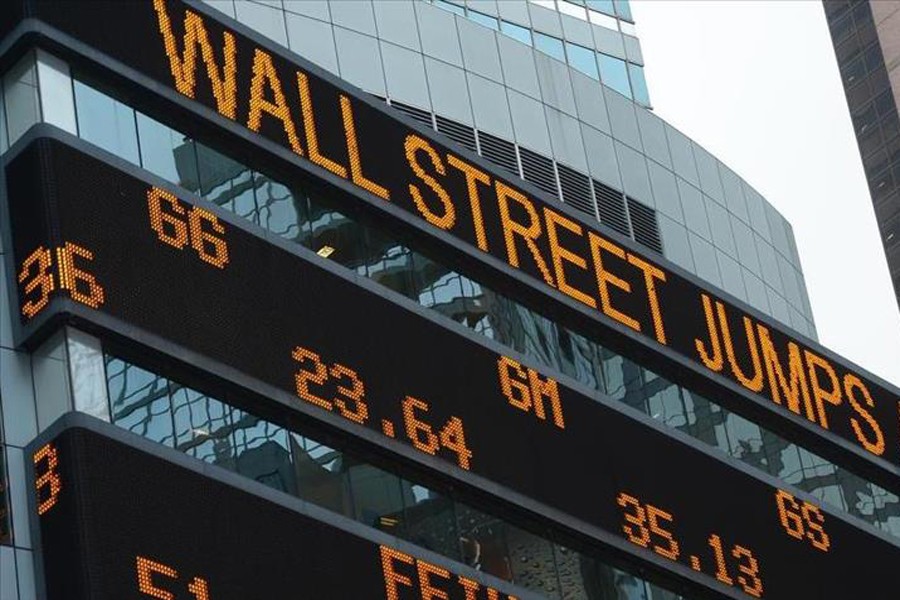 US stocks edged lower on Friday as Apple weighed and investors eyed the progress of a healthcare bill in Washington on top of concerns about North Korea and the upcoming corporate earnings season.

The S&P technology sector and the Nasdaq were weighed down by a 1 percent fall in Apple shares as its iPhone 8 launch kicked off in a less lively mood in Asia.

Seven of the 11 major S&P sectors were lower in late afternoon trading, with utilities leading the decliners.

After falling as much as 0.5 per cent, the healthcare sector pared losses and was last down 0.07 per cent.

Uncertainty over the healthcare bill took a toll on health insurers with UnitedHealth down 1.6 per cent.

The small telecom services index, with only four stocks, was the biggest percentage gainer with a 1.4 per cent rise on consolidation speculation while the energy index was up 0.4 per cent.

T-Mobile rose 1.0 per cent after Reuters reported the company was close to agreeing tentative terms on a deal to merge with Sprint, whose shares jumped 5.0 per cent.