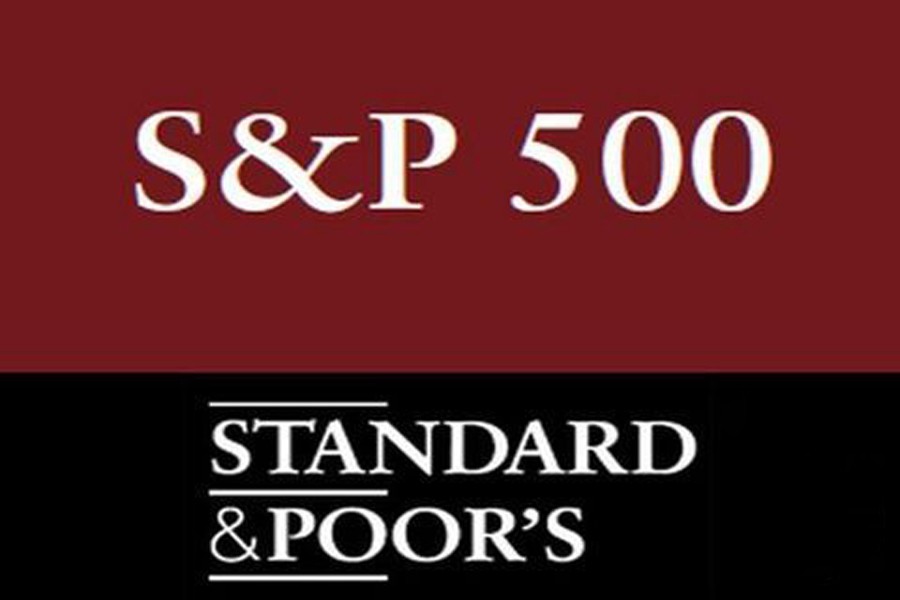 The S&P 500 ended slightly lower on Friday as investors braced for potential damage from Hurricane Irma as it drove toward Florida.

The Dow eked out a gain, helped by a 4.0-per cent rise in shares of insurer Travelers, reports Reuters.

Insurer shares rose broadly, with the Dow Jones US Insurance Index up 2.1 per cent, recouping some losses.

The tech sector, which has outperformed all other major groups this year, ended down 0.9 per cent. Shares of Apple were down 1.6 per cent while shares of Facebook fell 1.3 per cent.

Energy shares fell 1.1 per cent as oil prices dropped on worries that commerce and energy demand in Florida and the Southeast would be hit hard due to Irma.

Shares of Home Depot and Lowe’s Cos, which have gained amid of the arrival of the storms, rose on Friday. The stocks were up 1.1 per cent each.

Equifax was the biggest percentage loser on the S&P, falling 13.7 per cent, after the provider of consumer credit scores said personal details of as many as 143 million US consumers were hacked.

Kroger shares ended down 7.5 per cent after the biggest US supermarket owner reported a quarterly profit drop amid an intensifying grocery price war.

Declining issues outnumbered advancing ones on the NYSE by a 1.19-to-1 ratio; on Nasdaq, a 1.01-to-1 ratio favoured advancers.

About 6 billion shares changed hands in US exchanges, above the 5.8 billion daily average over the last 20 sessions.