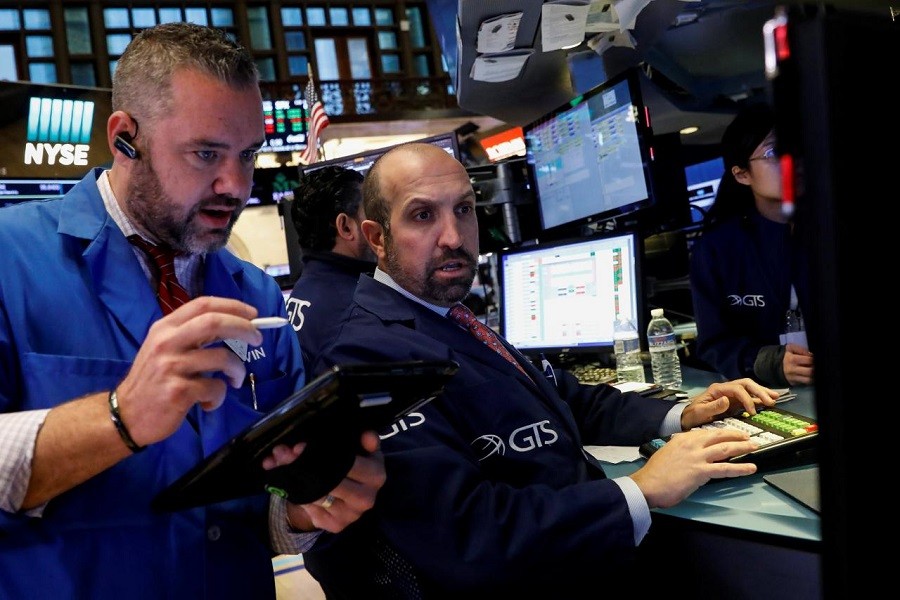 Traders work on the floor of the New York Stock Exchange (NYSE) in New York, US, October 3, 2017. Reuters

The S&P 500 eased on Friday, ending a six-day run of record highs as the first monthly decline in US nonfarm jobs in seven years dampened sentiment and pharmacy shares fell on Amazon competition fears.

The Nasdaq ended up for a ninth straight day, however, and set its sixth straight record high close, its longest such streak since seven records in February.

Walgreens Boots Alliance (WBA.O) and CVS Health (CVS.N) fell and were among the biggest drags on the S&P 500 after a CNBC report that Amazon (AMZN.O) was close to a decision on selling prescription drugs. Walgreens shares dropped 4.9 per cent and CVS was down 4.9 per cent, while Amazon shares rose 0.9 per cent.

“It’s been amazing how resilient our US stock market has been, going up on no news or bad news, so there’s no surprise on a day where most people feel it was a mixed jobs report at best that the market actually is reacting in a way that makes sense,” said Jake Dollarhide, chief executive officer of Longbow Asset Management in Tulsa, Oklahoma.

“It’s a logical move for this illogical stock market.”

The benchmark’s slight decline follow a six-day run of record closing highs, its longest since 1997.

Adding to the day’s worries was a report that North Korea is preparing to test a long-range missile.

S&P energy index .SPNY declined 0.8 per cent as oil prices CLc1 LCOc1 fell amid a bout of profit taking and the return of oversupply worries.

Shares of Costco (COST.O) dropped 6 per cent after the warehouse club retailer reported a fall in gross margins. The stock was the biggest drag on the S&P 500 and the Nasdaq.

Declining issues outnumbered advancing ones on the NYSE by a 1.74-to-1 ratio; on Nasdaq, a 1.11-to-1 ratio favoured decliners.

About 5.7 billion shares changed hands on US exchanges. That compares with the 6.2 billion daily average for the past 20 trading days, according to Thomson Reuters data.