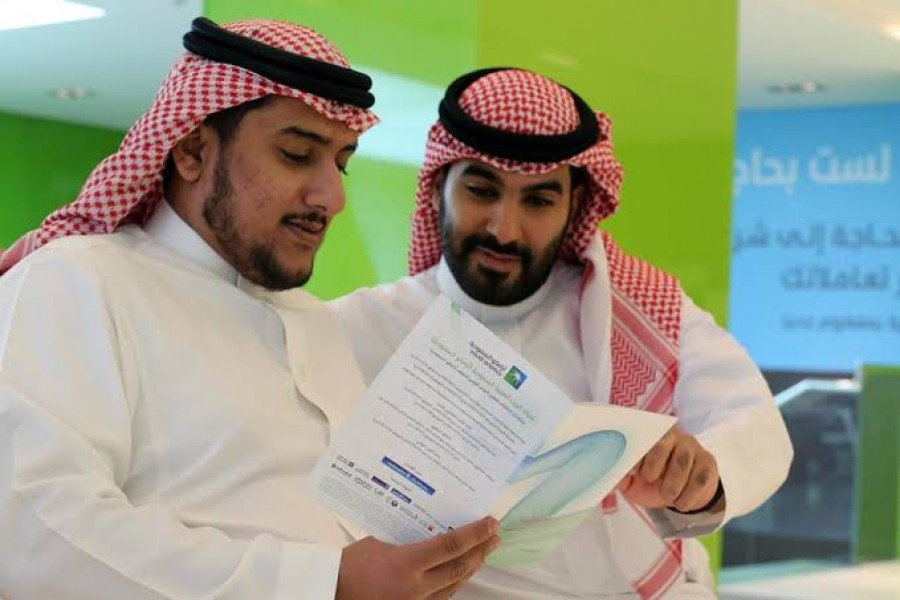 Saudi Aramco is worth up to $1.7 trillion at the price range set by the oil giant on Sunday, below the $2.0 trillion sought by Saudi’s crown prince but putting it in the running to become the world’s biggest IPO, Reuters reports.

Aramco cannot sell its shares directly to investors in the United States and other markets, as the initial public offering (IPO) will be restricted to Saudis and those foreign institutions permitted to invest in the kingdom’s stock market.

The oil giant said it plans to sell 1.5 per cent of the company, or about 3 billion shares, at an indicative price range of 30 riyals to 32 riyals, valuing the IPO at as much as 96 billion riyals ($25.6 billion) and giving the company a potential market value of between $1.6 trillion and $1.7 trillion.

Aramco’s IPO size could be bigger if there is enough demand for it to use a 15 per cent “greenshoe” over-allotment option.

“We are planning to subscribe to the IPO in two funds that we manage,” said Zachary Cefaratti, chief executive officer of Dubai-based Dalma Capital Management Ltd, adding that the preliminary valuation was “in line with our expectations”.

Aramco kicked off its IPO on November 03 after a series of false starts. Crown Prince Mohammed bin Salman, who floated the idea nearly four years ago, is seeking to raise billions of dollars to invest in non-oil industries, create employment and diversify the world’s top crude exporter away from oil.

But on Sunday in an addendum to the IPO prospectus Aramco said that it had removed any reference to such regulations, which three people familiar with the matter said suggested there would not be any international roadshows to market the shares.

“I expect this is a reflection of poor international demand,” said Rory Fyfe, managing director at MENA Advisors.

“It was not worth it from their view. If there’s no substantial value or demand why do it and take additional legal risk?,” a banker familiar with the matter told Reuters.

Aramco is yet to name any cornerstone investors in the deal or formally disclose the listing date.

Analysts from banks working on the Riyadh bourse had given a valuation range of $1.2 trillion to $2.3 trillion for Aramco’s IPO and the fall from Crown Prince Mohammed’s original target underscores the challenges facing the company.

The Crown Prince’s reputation was tarnished by the murder of Saudi journalist Jamal Khashoggi last year, while Aramco’s oil plants were targeted in September by attacks which initially halved its output. It has said the strikes will not have a material impact on its business.

Aramco is the world’s most profitable company with a planned dividend of $75 billion next year, more than five times larger than the payout by Apple, the biggest of any S&P 500 company.

But it is a bet on the price of oil at a time when global demand is expected to slow from 2025 due to measures to cut greenhouse gas emissions and rising use of electric vehicles.

There is also political risk as the Saudi government, which relies on Aramco for the bulk of its funding, will continue to control the company.

Despite questions abroad, Aramco’s IPO is expected to be a huge hit among Saudis who are being offered 0.5 per cent of the company.

Retail investors have until November 28 to sign up for the IPO while institutional investors can subscribe until December 04.

The Aramco listing is part of a year-end equity market rush, with Alibaba taking orders for a Hong Kong listing that is expected to raise up to $13.4 billion.

The Riyadh listing comes after initial hopes for a 5.0 per cent IPO on the domestic and international bourses were dashed last year amid debate over valuation and where to list Aramco.

Aramco said the IPO timetable was delayed because it began a process to acquire a 70 per cent stake in petrochemicals maker Saudi Basic Industries Corp.