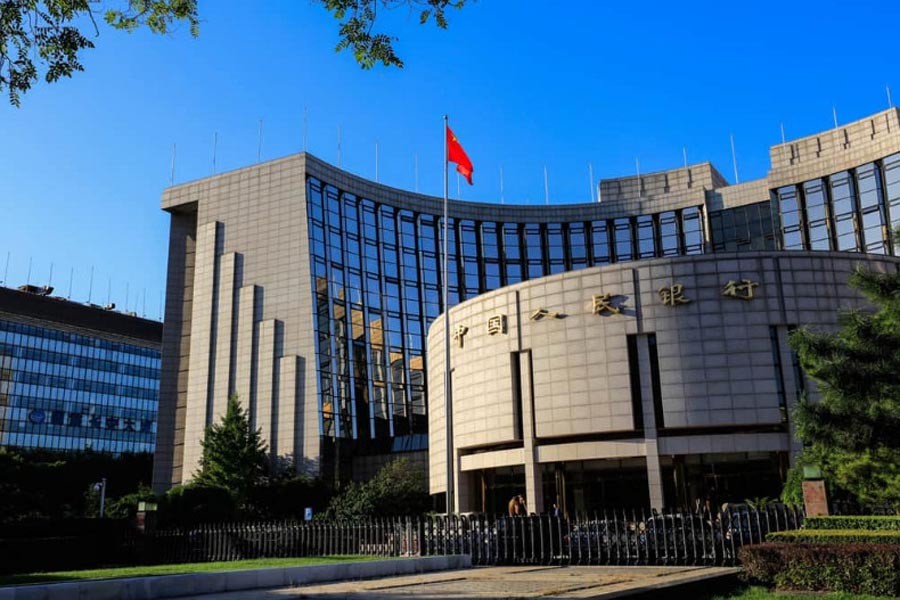 The People's Bank of China (PBOC), the central bank, on Thursday continued to pump cash into the financial system through open market operations to maintain liquidity in the market.

The PBOC conducted 30 billion yuan (4.27 billion US dollars) of seven-day reverse repos, a liquidity-injecting process in which the central bank purchases securities from commercial banks through bidding with an agreement to sell them back in the future.

The interest rate for the operation remained at 2.55 per cent, the PBOC said in a statement.

No reverse repos matured on Thursday.

In addition, the PBOC injected 400 billion yuan into the market via medium-term lending facility (MLF) Thursday, a tool introduced in 2014 to allow commercial and policy banks to borrow from the central bank using securities as collateral.

The operation rolled over 383 billion yuan of MLF loans due Thursday, and achieved net liquidity injection for the medium and long term, according to Ming Ming, an analyst with CITIC Securities.

The funds will mature in one year at an interest rate of 3.3 per cent.

China vowed to keep its prudent monetary policy "neither too tight nor too loose" and make counter-cyclical adjustments in a timely and moderate manner, the central bank said Friday in its second-quarter monetary policy report, adding the country will not resort to flood-like stimulus policies.