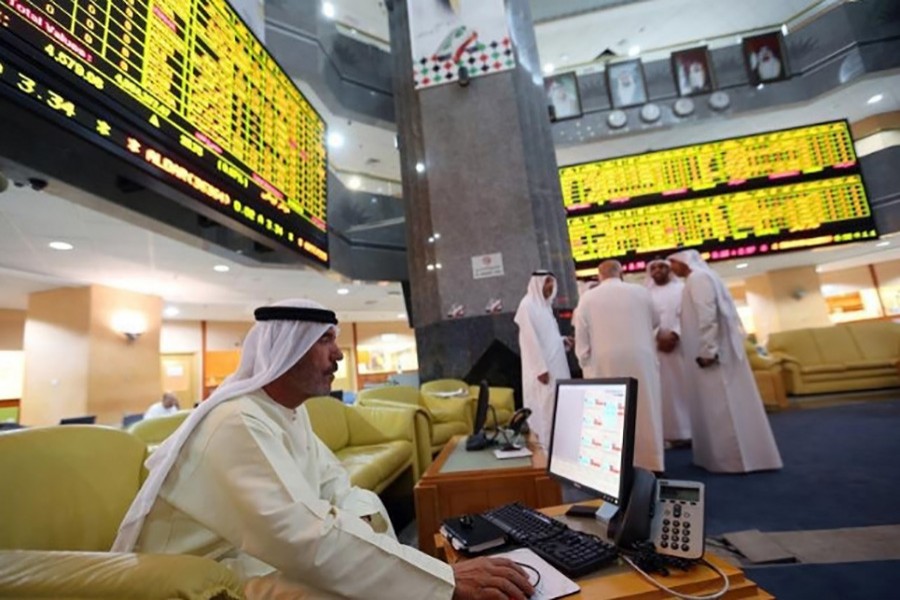 SEC was one of the biggest gainers, rising by 4.5 per cent in early trading after news on Tuesday that the kingdom will consider selling a large stake in the utility to SoftBank Vision Fund, the world's largest private equity fund, reports Reuters.

The Saudi government would retain a controlling stake, the utility said in a statement. Public Investment Fund, which holds a 74 per cent stake in SEC, signed a memorandum of understanding with SoftBank Vision Fund for SEC to develop 3 gigawatts of solar energy in 2018, SEC said in a statement.

Weighing on the Saudi bourse was Zain Saudi, which fell 4.9 per cent after its board proposed a capital reduction to 3.62 billion riyals from 5.84 billion riyals to write off accumulated losses.

Zain Saudi swung to a third-quarter net profit of 3.0 million riyals, but missed forecasts of three analysts of 21.2 million riyals.

Middle East Healthcare, which posted a 39.8 per cent third-quarter profit drop earlier in the week, fell 8.6 per cent in early trading.

The Saudi stock index edged down 0.08 per cent.

In Qatar, the index was down 0.2 per cent, with Qatari Investors Group, the biggest loser, down 4.3 per cent.

In Dubai, the main index dropped 0.5 per cent, with Dubai Investments the top gainer, rising 6.0 per cent, while the Abu Dhabi index edged down 0.2 per cent.