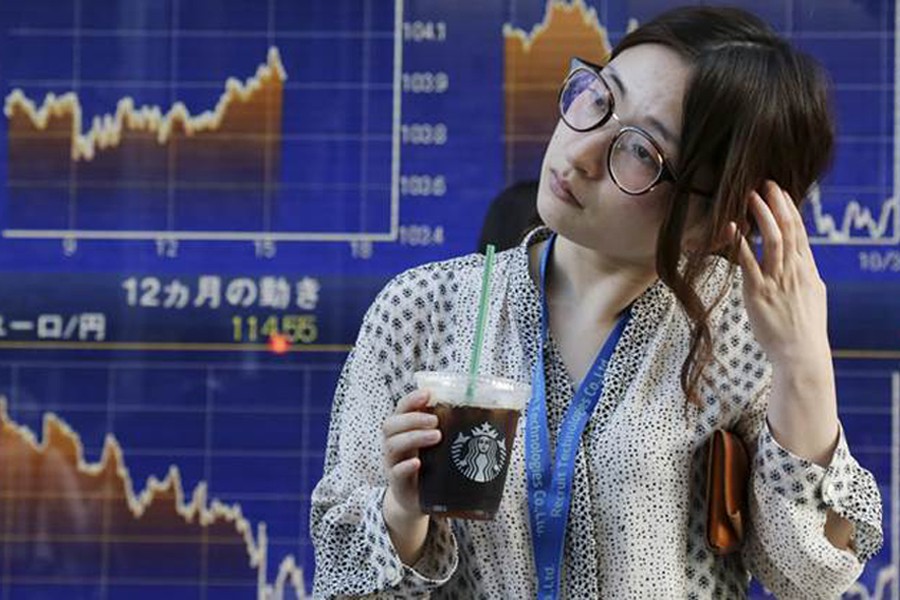 Toshiba Corp, desperate for cash to avoid a possible delisting, dived 5.1 per cent after media reports that it is considering raising about 600 billion yen ($5.3 billion) by offering new shares in a third-party allotment.

Tire maker Bridgestone Corp tumbled 8.4 per cent after the company cut its operating profit forecast for the full year ending December to 430 billion yen ($3.79 billion), a 4.3 per cent drop on the year.