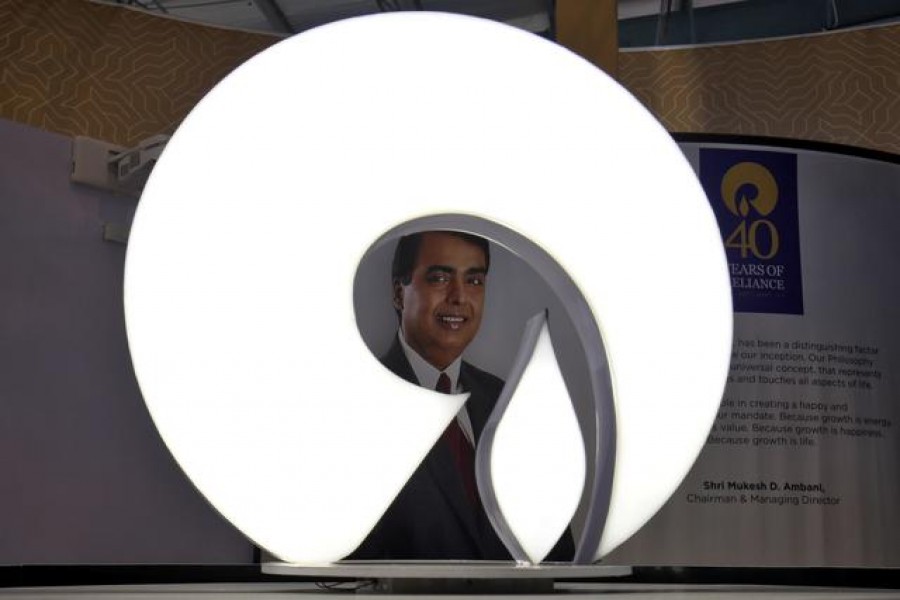 The logo of Reliance Industries is pictured in a stall at the Vibrant Gujarat Global Trade Show at Gandhinagar, India on January 17, 2019 — Reuters/Files

On Wednesday the company announced a $755.1 million investment from KKR & Co Inc in its retail arm, giving it a pre-money valuation of 4.21 trillion rupees ($57.28 billion)

The latest investments at Reliance Retail come after the conglomerate raised 1.52 trillion rupees ($20.66 billion) at its digital unit by selling stakes to 13 global investors.

Reliance has sold nearly 33 per cent in Jio through the stake sales, including a $4.5 billion investment by Google, giving the unit an equity valuation of $59.32 billion.

Reliance’s shares have risen 173 per cent in the last three years, as of Tuesday’s close. The company’s current market capitalisation is at $194.78 billion.

Reliance’s oil and gas, refining and petrochemical businesses once underpinned its growth, but they have taken a sharp hit as oil prices collapsed. In July, the company reported a nearly 44 per cent fall in quarterly revenue as the Civud-19 pandemic destroyed demand for refined oil products.