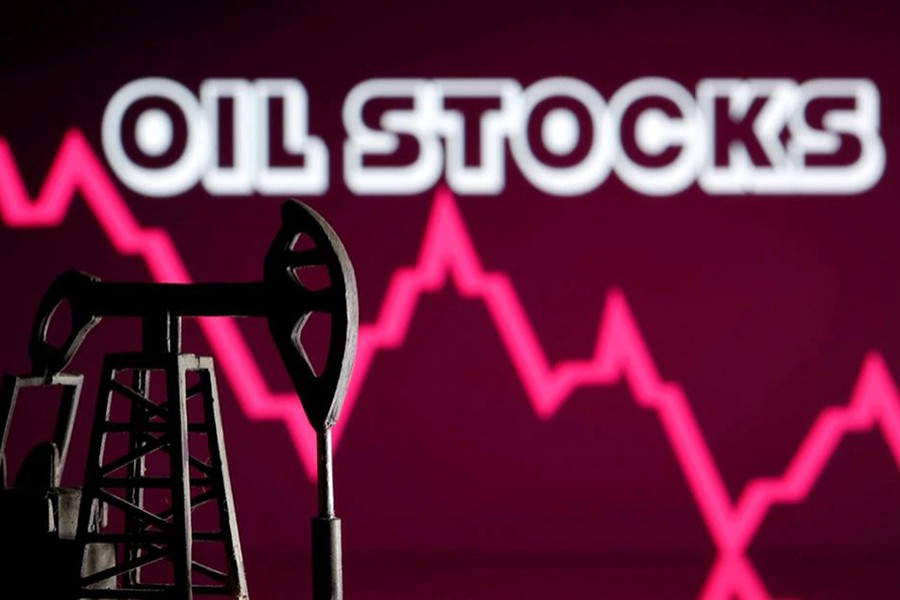 Crude oil jumped while the rouble plunged nearly 30 per cent to a record low on Monday after Western nations imposed tough new sanctions on Russia for its invasion of Ukraine, including blocking some banks from the SWIFT global payments system, reports Reuters.

Safe-haven demand boosted bonds along with the dollar and yen while the euro sank after Russian President Vladimir Putin put nuclear-armed forces on high alert on Sunday, the fourth day of the biggest assault on a European state since World War Two.

The ramp-up in tensions heightened fears that oil supplies from the world's second-largest producer could be disrupted, sending Brent crude futures up $4.21 or 4.3 per cent to $102.14. US West Texas Intermediate (WTI) crude futures were up $4.58 or 5.0 per cent at $96.17 a barrel.

"I am telling clients all we know for certain is that energy prices are going to be higher, and there are going to be some beneficiaries," said John Milroy, Ord Minnett financial advisor in Sydney.

"It's an old cliché, but it's true that uncertainty drives moves in both directions."

Asia-Pacific shares turned lower after spending the morning session mostly in the green, putting them in line with declines for US and European stock futures.

US emini stock futures were pointing to a 2.35 per cent drop at the restart, while pan-European EURO STOXX 50 futures slid 3.90 per cent. FTSE futures declined 1.21 per cent.

"We had a deluge of very negative information over the weekend," said Kyle Rodda, a market analyst at IG Australia. "We're talking about financial stability risks, and sprinkle over that the threat of nuclear war."

"Volatility is heightened," he said. "Price action is incredibly choppy."

Gold rose more than 1 per cent to around $1,909 on demand for the safest assets.

"This volatility will go on for a while yet, until the dust settles," said Shane Oliver, chief economist at AMP Capital.

In the meantime, "markets are going to be swinging from headline to headline," he said.