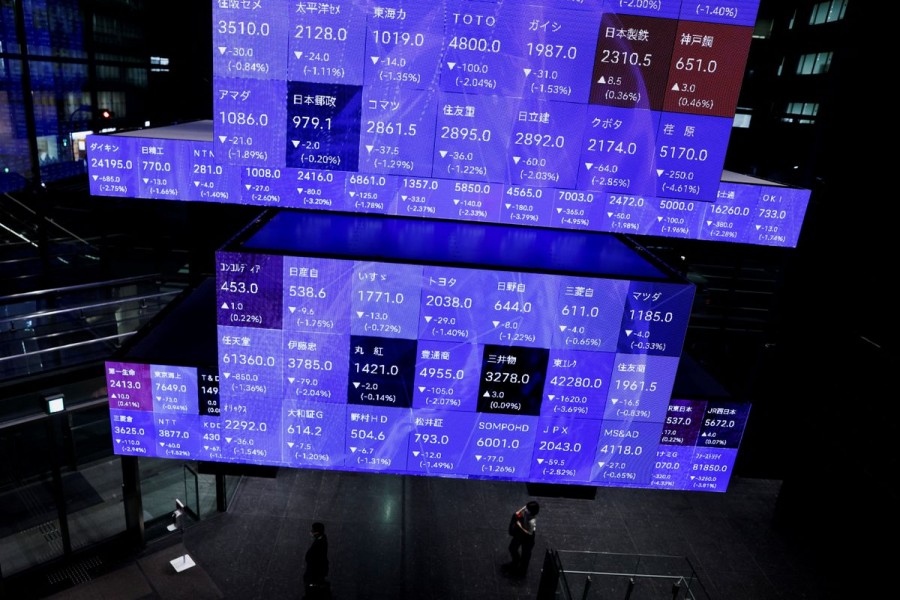 Asian stocks wallowed at two-year lows on Wednesday, after a strengthening dollar, instability in the UK bond market, and upcoming US inflation data spelled a wild session on Wall Street and further volatility for investors.

Sterling languished at a two-week trough after Bank of England Governor Andrew Bailey on Tuesday reiterated that the central bank will end its emergency bond-buying program this week and told pension fund managers to finish rebalancing their positions in frame.

"In the UK situation - they have inflation which is high, and under the Kwarteng fiscal policy package they were actually going to drive that even higher," said Damien Boey, chief macro strategist at Barrenjoey in Sydney. "So you're actually forcing the bank of England to do more work than it needs to - the risk premium in the gilts market goes up quite a lot."

In Japan, the rampaging dollar breached 146 yen for the first time since 1998 prompting authorities in Tokyo to pledge necessary steps in the foreign exchange market if needed. The Nikkei share average fell 0.18 per cent.

MSCI's broadest index of Asia-Pacific shares outside Japan was down 0.87 per cent, while Seoul's KOSPI index fell 0.41 per cent and Australia's resources-heavy index was up 0.05 per cent.

The British financial turmoil combined with a burst of US dollar strength that sent the sterling to a two-week low of 1.0949, while the risk-sensitive Australian dollar fell to $0.6247, the lowest since April 2020.

There was little good news elsewhere, either.

The International Monetary Fund cut its 2023 global growth forecast from 2.9 per cent to 2.7 per cent, warning that pressures from inflation, war-driven energy and food crises, and higher interest rates may tip the world into recession and financial market instability.

The BOE warned UK pensions funds and other investors to get their houses in order by Friday, when it would end a huge bond-buying programme aimed at calming roller-coaster moves seen by gilts and sterling in recent days.

The warnings, ahead of US inflation data on Wednesday and Thursday that is expected to keep the Fed on an aggressive rate hike path, tanked stocks on Wall Street.

Overnight, the S&P 500 and Nasdaq Composite fell 0.65 per cent and 1.10 per cent, respectively, though the Dow Jones Industrial Average managed to close up 0.12 per cent.