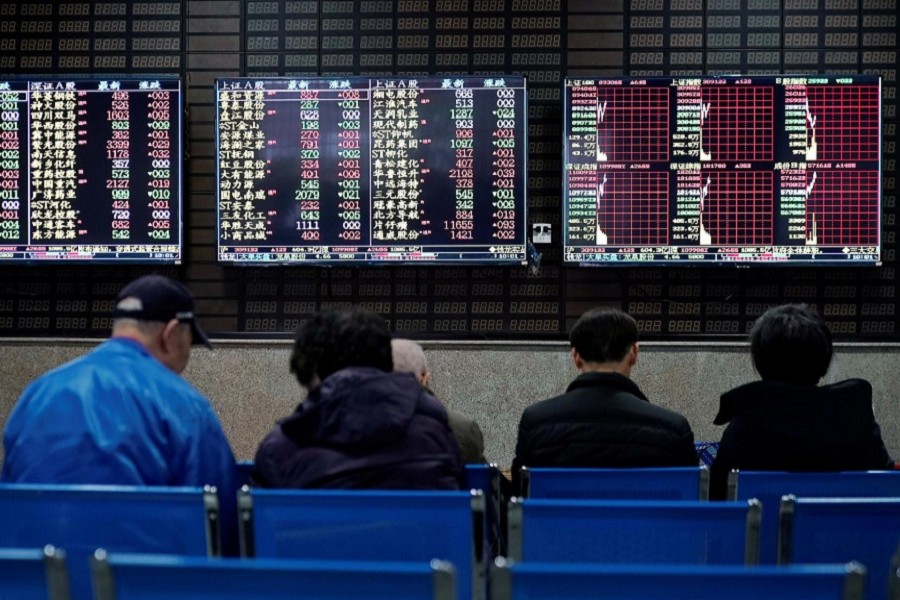 Asian stocks extended gains on Friday and were poised for their biggest weekly rise since 2011 while the euro hit a 1-1/2 month high as Europe’s central bank surprised with more stimulus, fuelling hopes for a global rebound.

In a sign the positive mood was likely to spread elsewhere, E-mini futures for the S&P 500 jumped 0.8 per cent to reach a three-month peak. Eurostoxx futures added 1.2 per cent, futures for Germany’s Dax gained 1.25 per cent while those for London’s FTSE were up 1.0 per cent.

Investors are pricing in a global economic recovery despite data showing the severe damage wrought by the coronavirus lockdowns. Later in the day, US nonfarm payrolls figures are expected to show further deterioration in the country’s jobs market.

MSCI’s broadest index of Asia-Pacific shares outside of Japan reversed early losses to hit a 12-week top of 511.73.

The index is up more than 7.0 per cent so far this week, on track for its best weekly showing since December 2011.

Analysts cautioned about the heady levels, with equity valuations at their highest since the dot.com boom in 2000, according to Matthew Sherwood, investment strategist for Perpetual.

Technical chart indicators suggest the market is at “over-bought” levels, Sherwood added, a signal that a correction is due.

World equity markets were thrashed in March when they hit “bear territory” on fears the COVID-19 driven lockdowns would push the global economy into a long and deep recession.

Market sentiment has since been bolstered by powerful central bank stimulus.

However, Michele warned the massive scale of quantitative easing would distort pricing and mute traditional signals from bond markets on growth and inflation, advocating “co-investing” alongside central banks.

Investor attention is now focused on Friday’s US employment report, which is expected to show nonfarm payrolls fell in May by 8.0 million jobs after a record 20.54 million plunge in April.

The US unemployment rate is forecast to rocket to 19.8 per cent, a post-World War Two record, from 14.7 per cent in April.

Currency markets show continued confidence in the expected revival of the global economy.

The euro EUR= hit a 12-week high of $1.1377 led by the European Central Bank's (ECB) plan to boost its emergency bond purchases.

The common currency is up 2.4 per cent this week, on track for its third consecutive weekly gain.

All eyes will next be on the US Federal Reserve, which holds its regular two-day policy meeting next week.

The US dollar was a tad higher against the Japanese yen JPY= at 109.32, having risen 1.4 per cent so far this week.

The risk sensitive Australian dollar AUD= jumped to a five-month peak at $0.7004, on track for its third straight weekly rise.

Asian shares stumble ahead of EU summit, US stimulus talks

Global shares near five-month peak as earnings season kicks off