Asian shares edge up slightly after strong US data 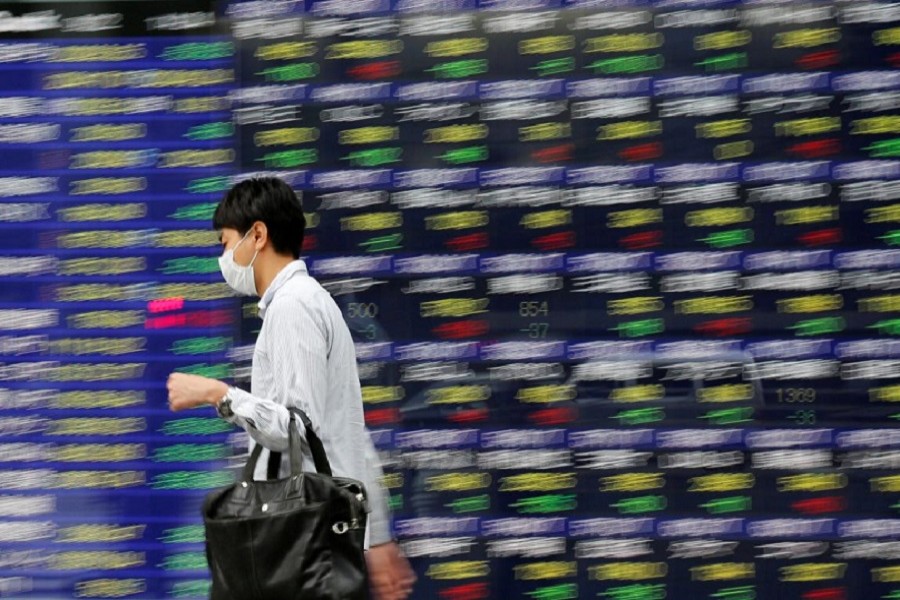 A man walks past an electronic stock quotation board outside a brokerage in Tokyo, Japan, September 22, 2017. Reuters

Asian shares were a tad firmer on Thursday, taking their cues from strong US data although holiday-thinned trade and uncertainty about the impact of recent hurricanes on the US economy are likely to keep investors cautious.

Japan’s Nikkei was almost flat while Australian shares ticked up 0.2 per cent.

The Institute for Supply Management’s index of non-manufacturing activity rose to 59.8 in September, its highest reading since August 2005, pointing to the resilience of the vast US services sector despite disruption from two powerful hurricanes.

The data came after a surge to 13-year high in the survey of manufacturers as well as car sales at 12-year high, both released earlier this week.

But analysts also cautioned that the data reflected temporary demand stemming from repair and replacement spending in the aftermath of the hurricanes.

Data from private payrolls processor ADP showed monthly hiring slowed to an 11-month low of 135,000 [USADP=ECI], again due partly to disruptions from hurricanes, although this was better than economists’ median forecast.

Economists expect Friday’s nonfarm payrolls report, one of the most closely watched pieces of economic data in financial markets, to show a similar slowdown.

They estimate a payroll increase in September of 90,000, substantially lower than the average over the past year of around 175,000, though some say investors may need to pay attention to state data due on Oct 20 to exclude the impact from hurricanes.

US bond yields were off their lows as bond prices fell, but yields were held below multi-month peaks hit earlier in the year. The 10-year US bond yield stood at 2.328 per cent US10YT=RR, below Monday’s 12-week high of 2.371 per cent.

“Because US economic data for August to October is likely to be disrupted by hurricanes, markets may show a much smaller response to them,” said Tomoaki Shishido, fixed income analyst at Nomura Securities.

“In that regard, the market will be focusing more on policy issues, such as tax cuts and the choice of the next Fed chair,” he added.

US President Donald Trump proposed a tax overhaul late last month though it remains to be seen whether the plan can get through Congress given the divisions among Republicans.

Trump has promised to decide this month on a new chief for the Federal Reserve to replace Janet Yellen, whose term expires in February.

High-rated bonds were affected by worries about Catalonia’s independence vote from Spain.

The yield on Spanish bonds ES10YT=TWEB shot up to the highest level since March as prices fell, stretching the gap over German benchmarks to the widest in more than five months after Catalonia’s secessionist leader said the region will declare independence in “days.”

Spain's IBEX stock index .IBEX posted its worst single-day loss in 15 months with a 2.85 per cent decline on Wednesday.

Catalonia will move to declare independence from Spain on Monday while Spanish Prime Minister Mariano Rajoy’s government said Catalonia must to “return to the path of law” before any negotiations could take place.

Although Prime Minister Shinzo Abe’s ruling coalition is likely to retain a majority, it could lose some seats, possibly weakening Abe’s grip on power.

Oil slipped after a surprising jump in US crude exports to a record 2 million barrels per day fanned worries about global oversupply.

Elsewhere, Qatar’s stock index .QSI sank to a five-year low on Wednesday, hurt by the effects of sanctions imposed by neighbouring states.