Asia shares flatline, wait for US and China to seal trade deal 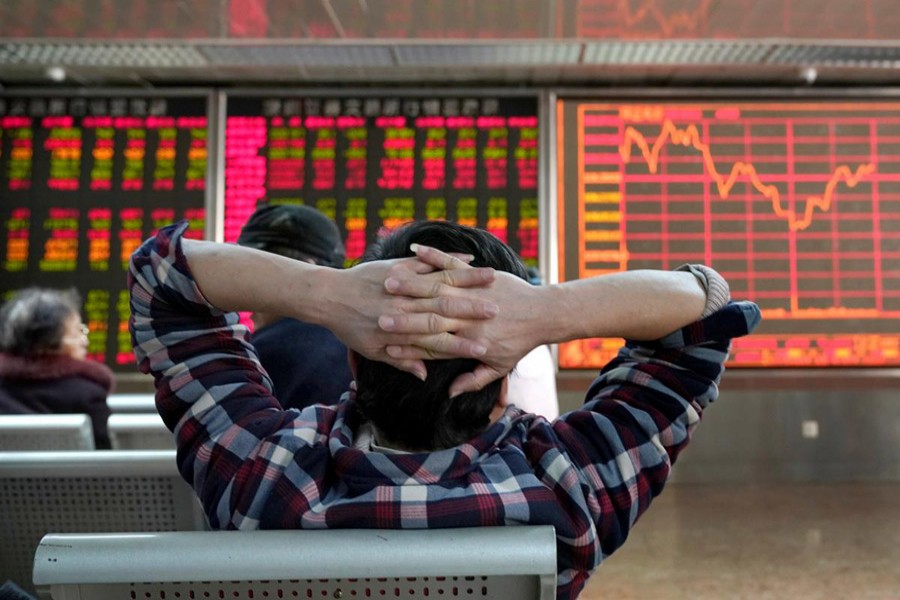 An investor looks at a stock quotation board at a brokerage office in Beijing, China, January 03, 2020. Reuters/Files

Asian shares paused near 19-month peaks on Monday ahead of the expected signing on a Sino-US trade deal, though talks on a phase two package are likely to drag on for months.

Japan’s Nikkei was closed for a holiday. It fell sharply early last week when Iran attacked bases hosting US military in Iraq, only to rally almost a thousand points when the two countries stepped back from hostilities.

The main event of the week will be the signing of the Phase 1 trade deal between the United States and China on Wednesday. The Trump administration has invited at least 200 people to the White House for the ceremony.

“A calmer geopolitical backdrop and the signing of the US‑China phase one agreement is, on balance, favorable for global growth,” said Joseph Capurso, an FX strategist at CBA.

Washington has reserved the right to re‑impose tariffs if it judges China is not abiding by the deal.

Wall Street had slipped and bonds rallied on Friday when data showed US nonfarm payrolls missed forecasts with a rise of 145,000, while wages and hours worked were soft.

“This is the perfect employment report for the Fed to continue to run the economy ‘hot’, as views on the natural rate of unemployment continue to drop,” said Alan Ruskin, Deutsche Bank’s global head of FX strategy. “This is perfect for risky assets.”

The dollar was firm on the yen at 109.53 but faces tough resistance around 109.70 where rallies have repeatedly failed in the past couple of months.

The pound dipped to $1.3043 after Bank of England policymaker Gertjan Vlieghe said he will vote for a cut in interest rates later this month, barring an “imminent and significant” improvement in the growth data.

Stocks head for worst week in four as coronavirus spreads

Asian shares tick up, aim for second week of gains amid virus scare

Visa, Mastercard could be next $1 trillion companies