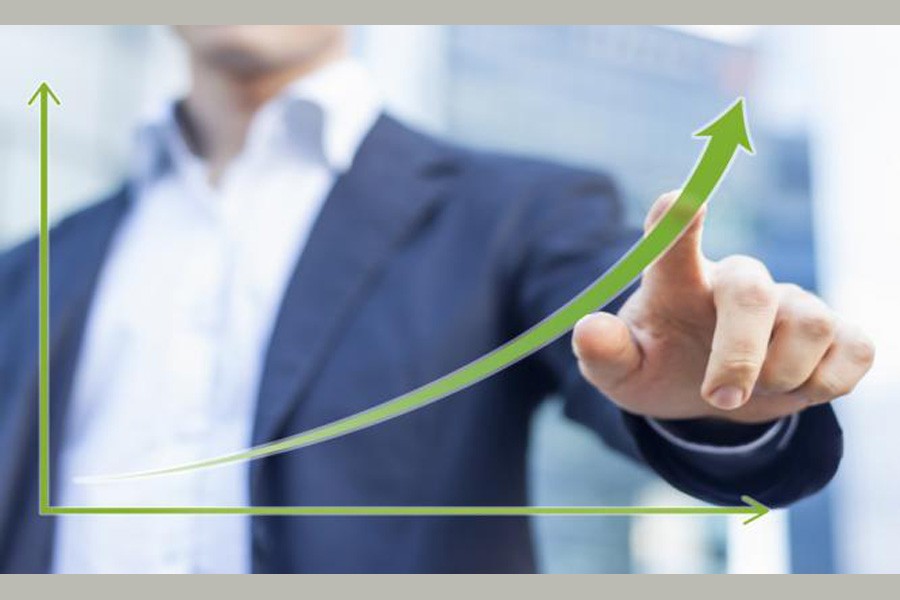 Dhaka stocks continued to break the previous records with the key index of the major bourse crossing the 6200-mark, as investors continued their large-cap stock buying spree.

Dealers said the market maintained the upward trend as investors continued their purchase of sector-wise large-cap stocks, taking the core index to the record high.

The market opened in the morning amid optimism and the key index rose about 49 points within the first hour of trading, but the late hour sale pressure wiped off most of the early gains and finally it ended more than 19 points higher.

DSEX, the core index of the DSE, which replaced the DGEN in four and a half years back, settled at 6,204 points, after gaining 19.33 points or 0.31 per cent over the previous session. It has been the highest level of DSEX since its inception on January 27, 2013.

The two other indices -- the DS30 index and the DSE Shariah Index (DSES) -- also followed the suit. The two indices made sharp gain. The DS30 index, comprising blue chips, advanced 13 points or 0.58 per cent to finish at the historic high at 2,225.

The market activities, however, fell marginally with the total turnover on DSE amounting to Tk 11.45 billion, which was 21 per cent lower than the seven-month high turnover of Tk 14.24 billion posted the previous day.

The gainers took a strong lead over the losers as out of 332 issues traded, 182 closed higher, 112 lower and 38 remained unchanged on the DSE trading floor.

Saiham Textile was the day’s best performer, posting a gain of 9.95 per cent while Zaheen Spinning was the day’s worst loser, plunging by 11.74 per cent following its price adjustment after its record date.

The port city bourse saw 46.80 million shares and mutual fund units worth more than Tk 1.55 billion traded. It has been the highest single-day transaction on the CSE in more than three months since May 31 last.