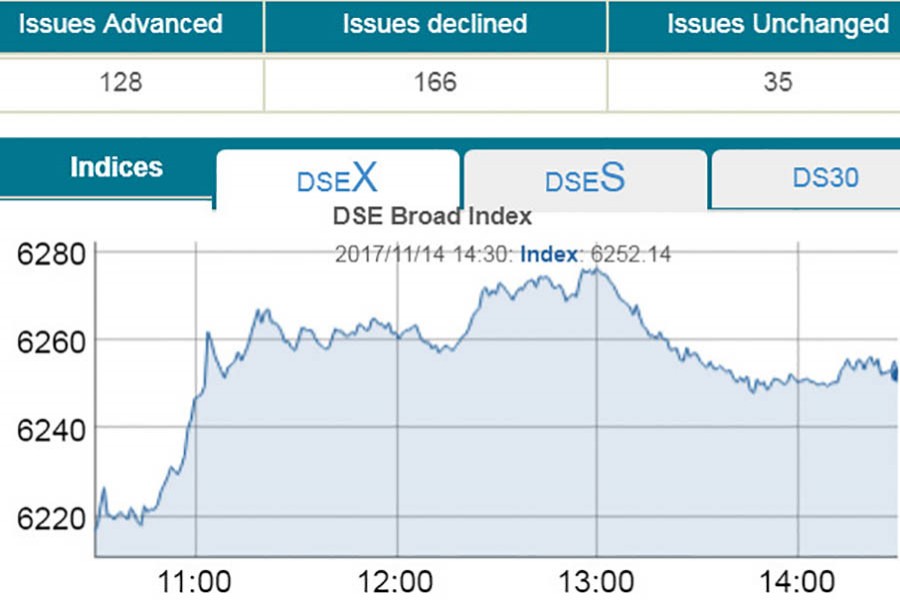 Stocks rebounded on Tuesday, after a single-session break, with prime index of the major bourse reaching record high since its inception on January 27, 2013.

Dealers said the market returned to higher as investors showed their buying appetite on large-cap sectors like telecommunication, taking the key index of the prime bourse to record high.

The telecom sector continued to surge as GP, the country’s largest market-cap listed company’s shares price continued to rise and closed at Tk 499.90. It is the highest closing price since listing with the bourses in 2009.

The market started with a positive note and the upward trend sustained till end of the session amid modest volatility, finally ended more than 35 points higher.

Along with indices, the total market capitalisation of the DSE also rose to all-time high to Tk 4,250 billion, surpassing the previous high of Tk 4,142 billion recorded on September 17, 2017.

The market activities also crossed Tk 11 billion-mark with total turnover on DSE amounting to Tk 11.77 billion, which was 30 per cent higher than the previous day’s Tk 9.03 billion.

However, the losers took a marginal lead over the gainers as out of 329 issues traded, 166 closed lower, 128 closed higher and 35 remained unchanged on the DSE trading floor.

United Insurance was the day’s best performer, posting a gain of 9.64 per cent while ACI was the day’s worst loser, plunging by 14.29 per cent following its price adjustment after record date.