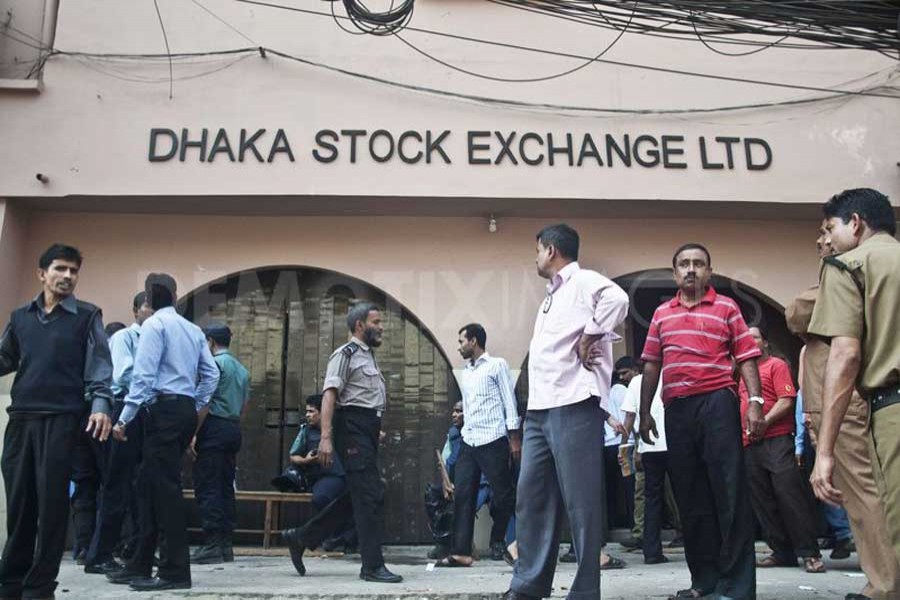 LankaBangla Finance dominated the week's transaction chart of the Dhaka Stock Exchange (DSE) that ended on Thursday as investors grabbed its shares amid optimism.

Market insiders said the investors took position on LankaBangla's shares as the board of directors of the company has decided to submit the review petition to Bangladesh Securities & Exchange Commission (BSEC) for rights share offer.

Earlier, the securities regulator rejected the proposal of rights offer of LankaBangla due to 'non-compliance' of the regulatory directive regarding minimum shareholding condition.

Of them share prices of nine companies rose up to 14.36 per cent while one face mild correction.

The top 10 traded companies captured more than 26 per cent of the week's total turnover.

Turnover, the crucial indicator of the market, stood at nearly Tk 45.45 billion on the DSE, which was 9.14 per cent higher than the previous week's Tk 41.64 billion.

According to the statistics available with the DSE, about 28.42 million shares of LankaBangla were traded, generating a turnover of nearly Tk 1.68 billion during the week. It was 3.70 per cent of the week’s total turnover value.

The daily average turnover of the company was Tk 336 million.

The non-bank financial institution’s share price closed at Tk 60.70 on Thursday, the last trading day of the week, advancing 4.12 per cent over the previous week.