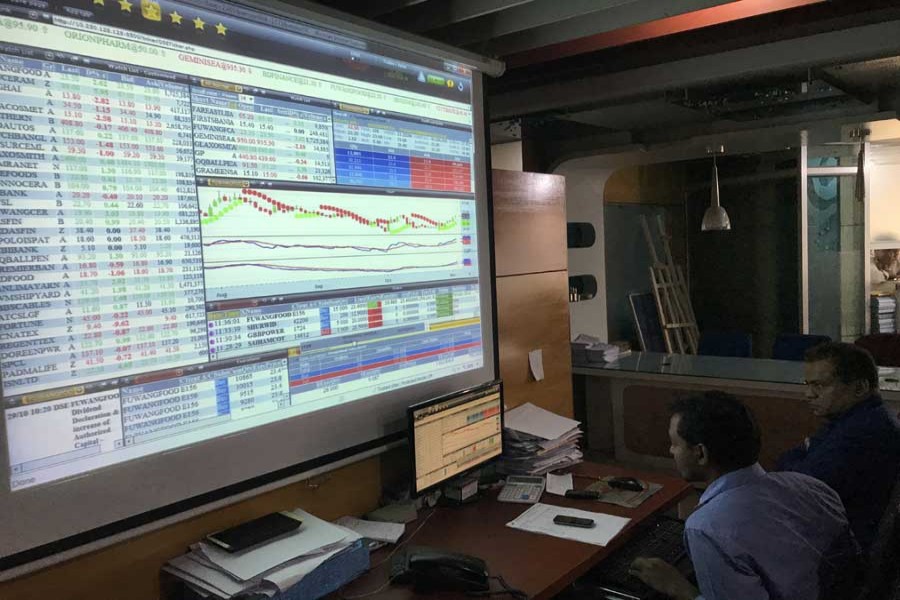 Stocks rebounded on Wednesday, after a single-day break, as investors showed their buying binge on sector-wise shares.

The market opened on downward trend and the key index of the major bourse dropped 35 points within first hour of trading. But rest of the session went up steadily.

Turnover, an important indicator of the market, stood at Tk 8.37 billion on the country’s premier bourse, falling 18 per cent over previous day’s 13 months’ highest mark of Tk 10.21 billion.

Losers, however, took a modest lead over the gainers as out of 356 issues traded, 180 closed lower, 143 ended higher and 33 remained unchanged on the DSE trading floor.

A total number of 198,135 trades were executed in the day’s trading session with trading volume of 291.25 million shares and mutual fund units.

ICB AMCL Third Mutual Fund was the day’s best performer, posting a gain of 10 per cent while United Power was the worst loser, losing 6.25 per cent.

The Chittagong Stock Exchange also edged higher with its All Shares Price Index (CASPI)—gaining 50 points to close at 14,554 and the Selective Categories Index - CSCX –advancing 31 points to finish at 8,828.

The gainers beat losers, as 117 issues closed higher, 111 ended lower and 33 remained unchanged on the CSE.