Tsitsipas comes from behind to win ATP Finals title 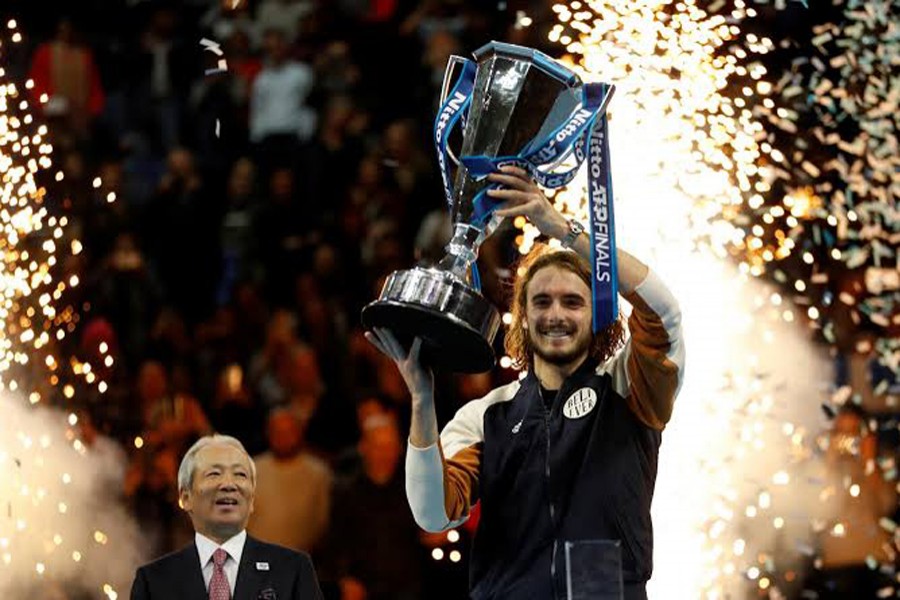 The 21-year-old Stefanos Tsitsipas of Greece pulled off a sensational come back in London on Sunday to win the ATP World Tour Finals by beating Austrian Dominic Thiem 6-7(6), 6-2 and 7-6(4).

Tsitsipas, the youngest player in the top eight, qualified for the season finale for the first time and showed great nerve and talent to not only stand out from the group stage but also beat Swiss legend Roger Federer in the semifinal on Saturday, reports Xinhua.

In the final against world No 5 Thiem, the Greek rising star lost the tiebreak in the first set but never lost his momentum, coming from behind to clinch his biggest ever victory.

"I was excited to be part of the Finals experience. For me, it was already a big thing," said Tsitsipas, who became the youngest champion of the year-ending tournament since former world No 1 Lleyton Hewitt of Australia triumphed in 2001 at the age of 20.

"Now that I'm a champion, I don't know how to explain it. I honestly don't feel anything, because it's too many emotions to feel something," he said.

Thiem, who defeated five-time champion Novak Djokovic and six-time champion Federer back to back in the group stage, believed "a third-set tiebreak in a championship match is always about being lucky, about being unlucky".

"I missed some very close balls in the tiebreak, which against Novak or which in other matches in the last weeks went in. That was the thing in the third-set tiebreak," said the Austrian.

"But I cannot do anything now about it. It was a great match from both of us, and he really deserves that win. I mean actually we both deserve it, but there is only one winner in tennis."

Down two sets, Thiem fights back to claim US Open title