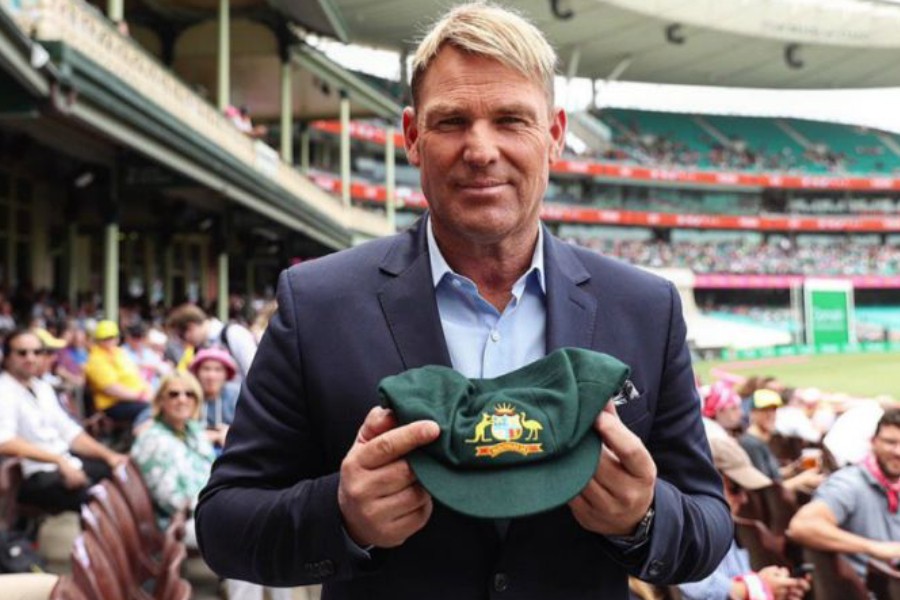 Australian cricketer Shane Warne's baggy green cap has made more than 1 million Australian dollars ($685,000) at auction to aid those affected by wild fires across the country.

When bidding closed on Friday morning the famous cap that is given to each Australian test cricketer on their debut was sold for $1,007,500.

Australia's Commonwealth Bank was later revealed as the buyer. It plans to take the cap on a national tour to raise additional funds for fire-ravaged communities before it becomes a permanent exhibit at the Bradman Museum south of Sydney.

The museum is named after Australia's Donald Bradman, generally regarded as one of the best batsmen, if not the best, to have ever played the game.

One of the authoritative journal Wisden's five cricketers of the century, legspin bowler Warne played 145 tests and claimed 708 wickets.

"Thank you so much to everyone that placed a bid and a huge thank you/congrats to the successful bidder — you have blown me away with your generosity and this was way beyond my expectations!" Warne posted on social media.

Australia's bushfire crisis that began in September and continues has killed 27 people and destroyed more than 2,100 homes.

Too early to say whether virus threatens Olympics: WHO