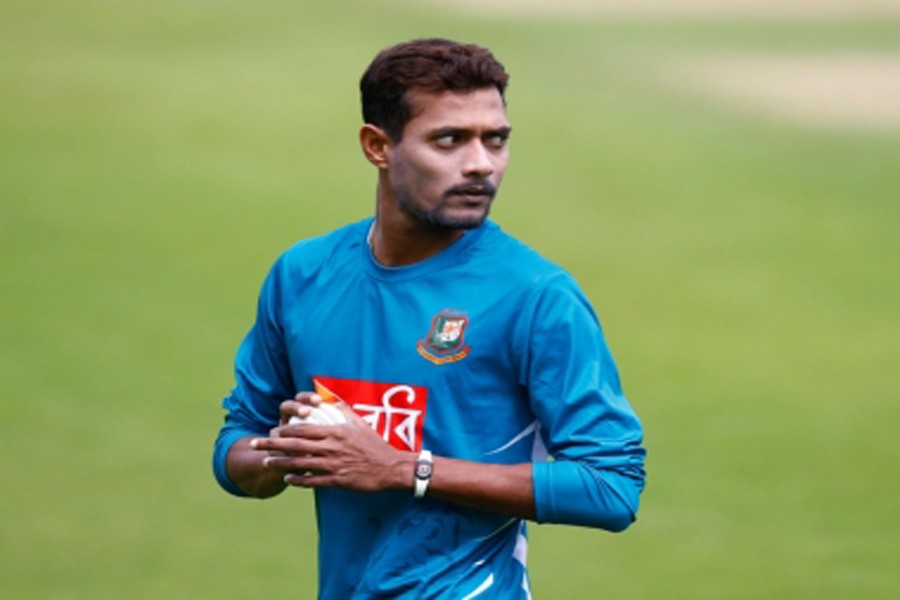 Right-arm Bangladeshi pacer Shaiful Islam removed both Indian openers inside the power-play after Bangladesh won the toss and sent India bat first in the series decider on Sunday at Nagpur, repots UNB.

India managed a fragile start as they lost their captain Rohit Sharma in the second over. Shafiul shattered the stumps of Rohit. In the sixth over, Shafiul removed Shikhar Dhawan thanks to a wonderful catch by Mahmudullah Riyad.

After six overs, India were 41 for two with Lokesh Rahul and Shreyas Iyer in batting for 18 and one respectively.

Before heading to this game, both Bangladesh and India experienced the same fate in the previous two games. Bangladesh stunned the hosts in the first game by seven wickets while India staged a strong comeback in the next game, winning by eight wickets.

Mushfiqur Rahim was the hero of Bangladesh's first-ever T20I win over India on November 3 while Rohit Sharma led from the front in the second game in Rajkot to set up the parity in the series.

Bangladesh never won a T20I series against India. But they have a golden chance this time around to write a new chapter of their history.