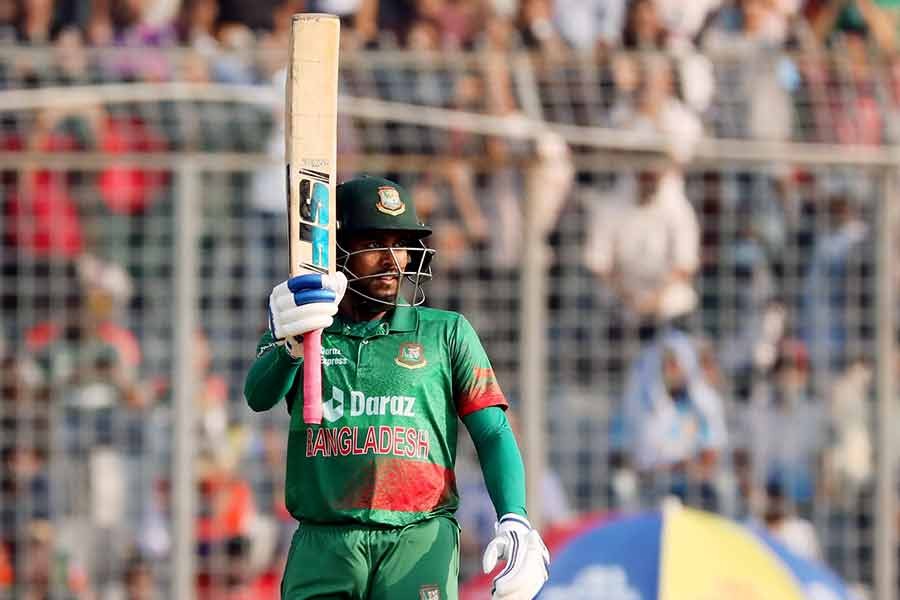 According to UNB, the hosts won the toss and opted to bat first in the second ODI.

Despite a poor performance by the top and middle-order, Mehidy Hasan Miraz and Mahmudullah Riyad guided Bangladesh to set a challenging 272-run target for India.

After Bangladesh lost 6 wickets for 69 runs within 18 overs, Miraz and Mahamudullah staged a remarkable partnership of 148 runs off 165 balls, propelling team Bangladesh to a challenging total of 260 runs. Their invaluable contribution gave Bangladesh a realistic chance of winning the match.

Before Miraz and Mahamudullah's heroics, Mohammad Siraj and Umran Malik gave Bangladesh a difficult start to the innings after they elected to bat first. Thanks to their efforts with the ball, Bangladesh found themselves in a very precarious situation, requiring an unlikely recovery to set a decent total.

Siraj put Bangladesh under pressure early on by taking the wickets of Anamul Haque Bijoy and Liton Das in quick succession. Umran then delivered a lethal 151 kmph fastball, which Najmul Hossain Shanto failed to connect with, resulting in his off-stump being destroyed.

Washington Sundar then compounded Bangladesh's misery by taking the wickets of Shakib Al Hasan, Mushfiqur Rahim, and Afif Hossain, with the latter going for a golden duck. This triple-strike gave India a huge advantage and left Bangladesh on the back foot.

When Bangladesh seemed to be heading for a disastrous collapse, Miraz and Mahmudullah combined forces and rescued their team from the cliff edge. They put on an impressive partnership of 148 runs until Umran bowled a short-pitched delivery, which Mahmudullah failed to connect properly and plucked a dolly to the wicket-keeper.

Mahmudullah eventually closed off the innings with 77 off 96 balls featuring seven boundaries, despite his poor form in the first match leading to many questions being asked of him. Nevertheless, Bangladesh coach Russell Domingo showed faith in his batter's abilities, believing that Mahmudullah could deliver when it mattered most.

Miraz continues to amaze the fans with his batting ability. He was the hero of Bangladesh in the first match that Bangladesh won from a lost position, and now, he saved the Tigers from a batting collapse that looked inevitable at one point.

Miraz attacked the Indian bowling most in the last five overs when Bangladesh scored more than 60 runs— at an average exceeding 11. For India, Washington bagged three while Siraj and Umran shared four wickets among them.